The Ateneo Blue Eagles Women's Volleyball Team (WVT) is no stranger to winning. Having three major championships to its name with UAAP Season 76, 77, and the most recent coming from Season 81, the team is hard at work making sure that its legacy continues.

The upcoming 85th UAAP season is bringing in a new challenge for the Blue Eagles WVT, as a lot of their key players have either graduated or moved on to compete in professional leagues. This means that the rookies now have to step up to the task. While youth may come as a weakness to others, for the Blue Eagles WVT, it presents a unique opportunity.

We got a chance to sit down with the team leaders in one of their training sessions to have a chat about how they are all doing, what the upcoming season is looking like, and what is being done in order to be fully prepared for it.

Magis in and out of court 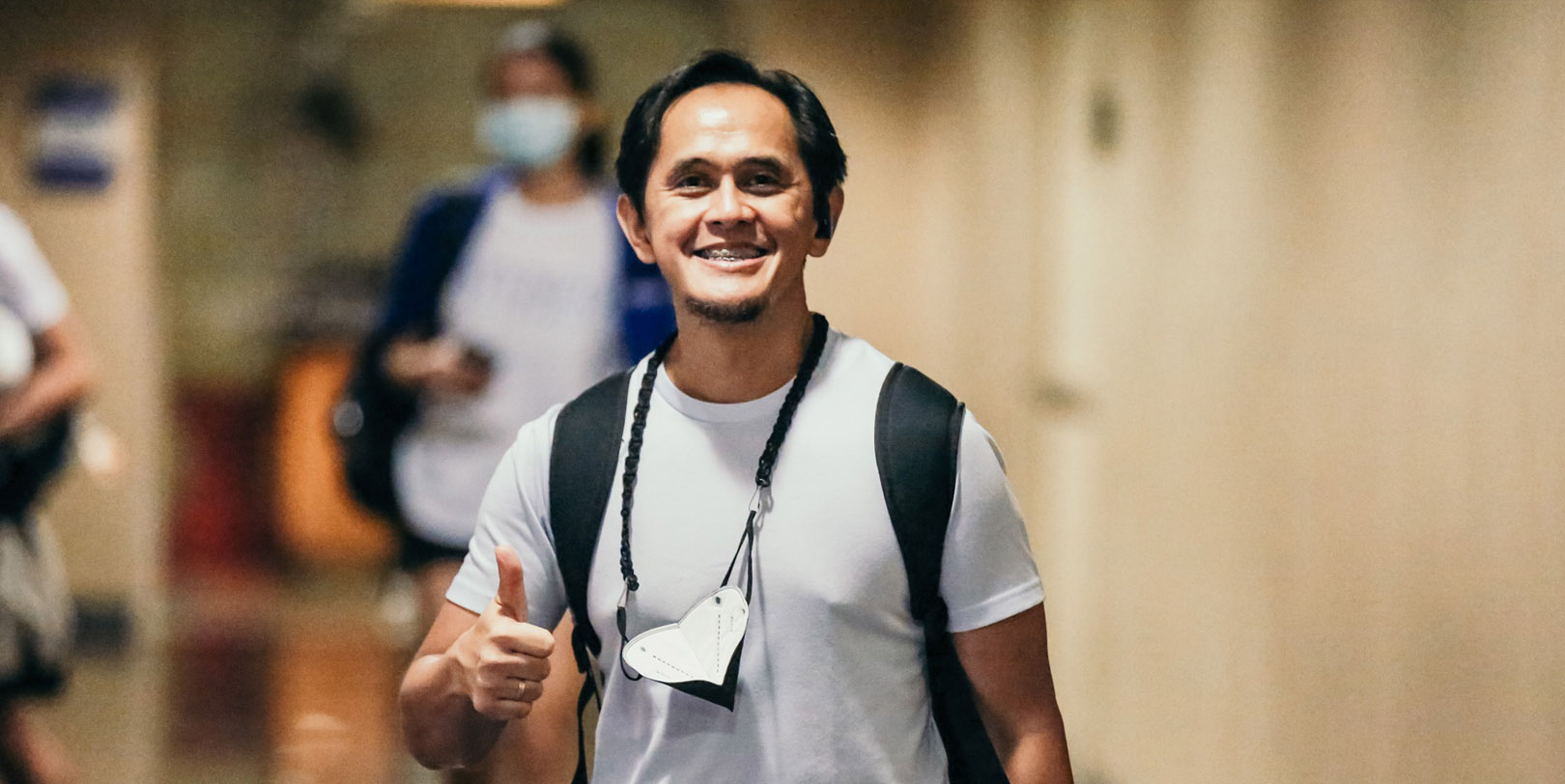 Head coach Oliver Almadro, more commonly known as “Coach O”, has guided multiple volleyball teams to championships throughout his sports career. He’s someone who not only pushes players to be the best version of themselves physically but also mentally and spiritually.

Coach O believes that a perfect athlete hones both their mind and body. At the core of everything he does, it always leads back to God. “If there was one thing I want my players to believe in, it is that they’re here for a reason. They have talents and gifts that come from God. I always tell them to recognize and own it, but never forget that it always comes from Him,” he says.

Whatever setbacks may come, Coach O always fosters a culture of determination within the team. “Surprisingly, a number of my players that should be playing this year turned pro. That made it hard for us because we had been preparing for a long time, and we thought that our lineup for the upcoming season was already set, but, of course, we had to understand their needs as an individual and as an athlete. What we have to do now is to find a way with what we have.”

Whatever role it may be, whether the player is new or old in the team, the one thing that Coach O keeps nurturing is the players’ mentality towards the game. “I keep telling my players that no matter what, skills are already there. It’s just about their character going into the season.”

When asked about what are his goals for the team and the most important part of his job, Coach O brings everything back to the values instilled by the university. “Here in the Ateneo, they are trained to be excellent in everything that they do. We are to be Magis, right? To do more. To be more. No mediocrity. Excellence. As a coach, I want it as a holistic approach. I want my players to be great in the game, in their studies, but also as individuals.”

In every team Coach O leads, he has one mantra he always keeps coming back to faith, trust, and courage. “As a coach, I have to teach them the faith. To believe in themselves and to believe that the Lord is our strength. I want my rookies to know that they belong here and for the seniors to recognize that what we have now is more than enough to achieve success. That’s my challenge, for them to want it. I always have to make them believe that everything is possible. That’s the Ateneo way. Win or lose.” 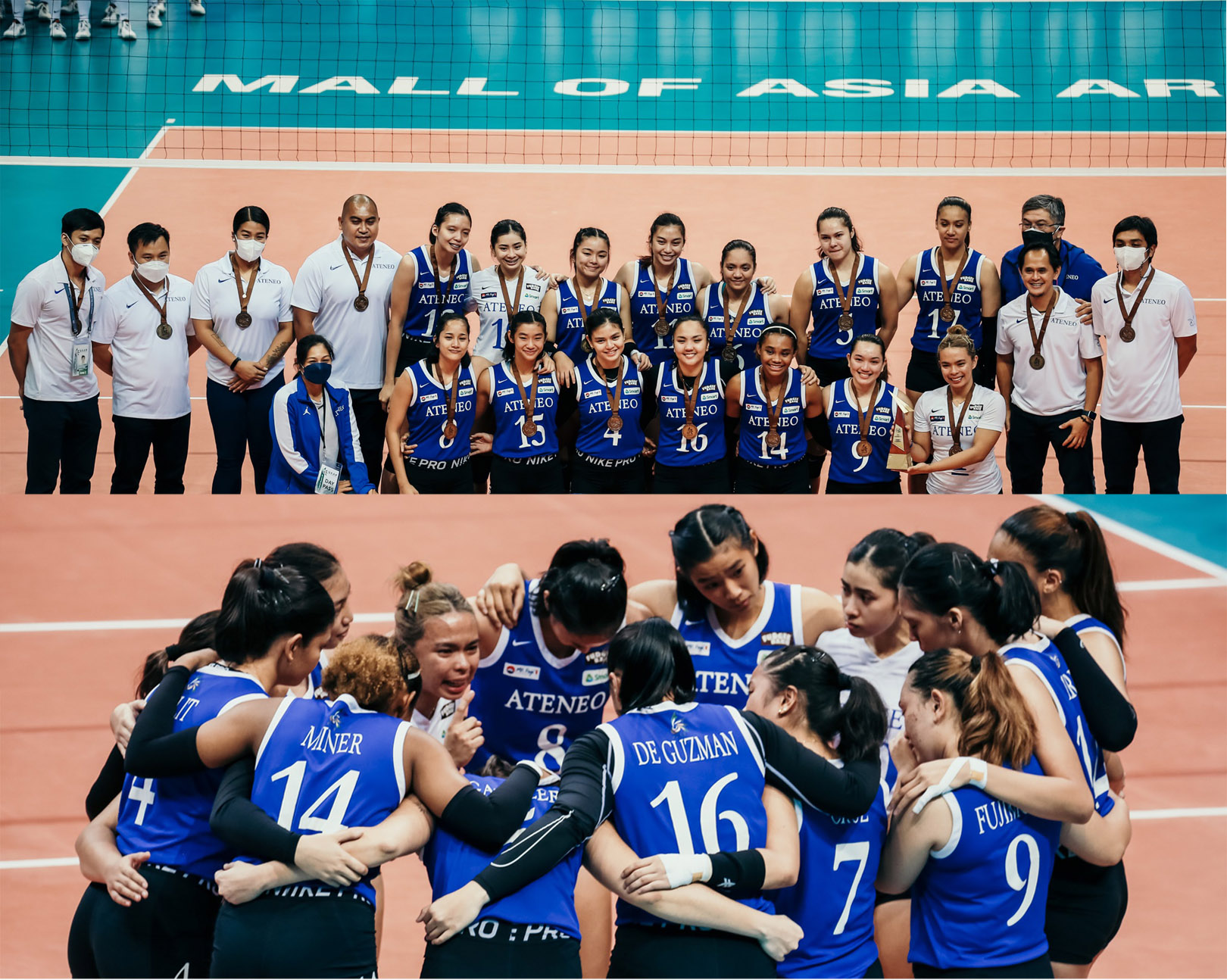 “If there was one thing I want my players to believe in, it is that they’re here for a reason. They have talents and gifts that come from God. I always tell them to recognize and own it, but never forget that it always comes from Him.”

The UAAP women’s volleyball scene only gets more competitive with every season. Being a student-athlete is no easy task. Having to juggle high expectations in both the court and academics requires a lot of mental and physical fortitude. It’s easy to break under the pressure of all of it, but for the Blue Eagles WVT, it’s all about being there for each other. 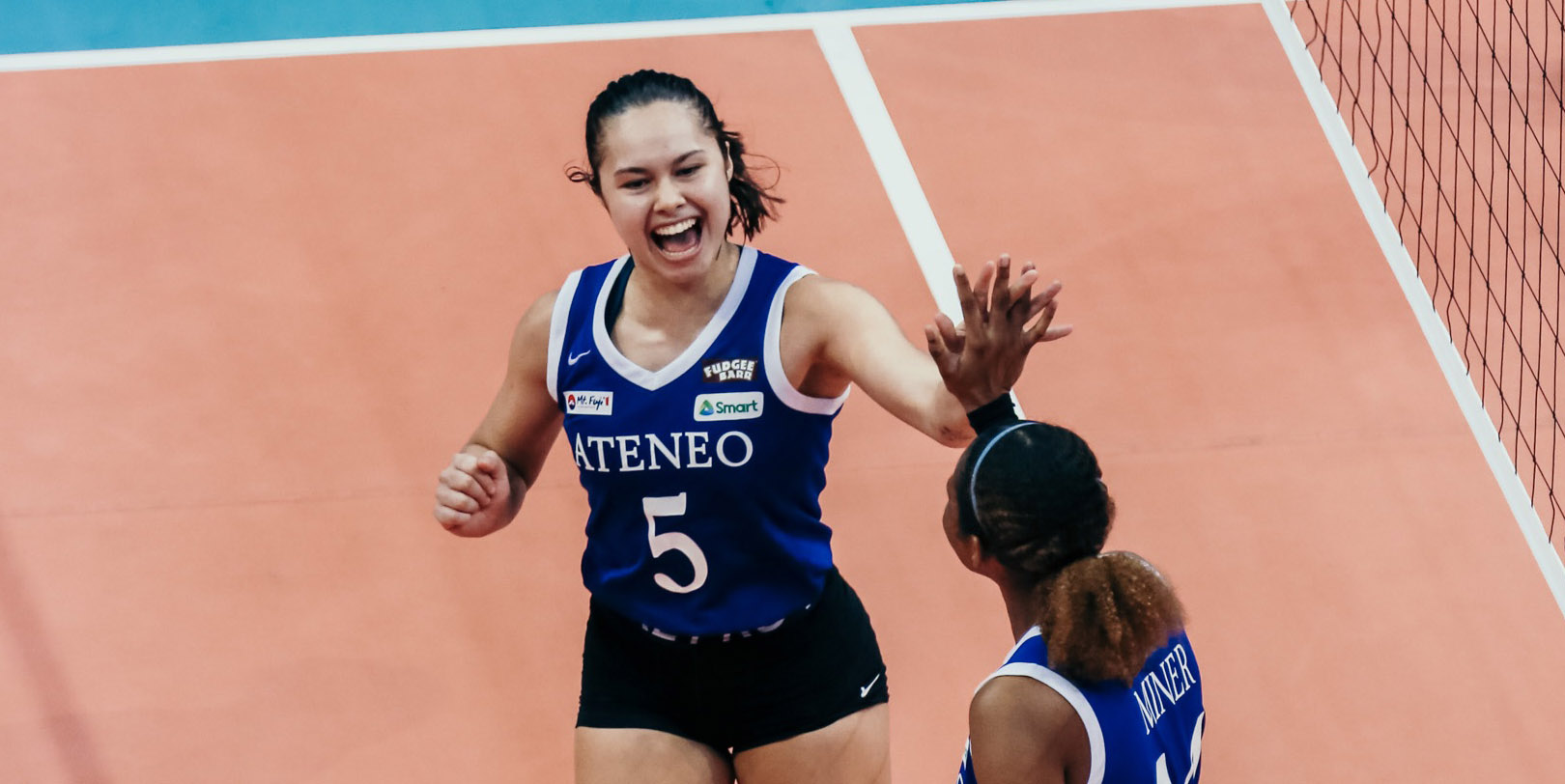 Team captain Vanessa Gandler speaks about what the culture is like amongst the players and how they handle the weight of carrying the name of the school and the expectations that surround it in the UAAP.

“It’s very light. I can see that everyone really enjoys what they’re doing. We all try to work together to get better because that’s the goal at the end of the day. No one takes anyone for granted. We all have a role to play here in the team, and each one is important.” Gandler says.

As one of the senior members of the team, Gandler’s main goal is to show her teammates what each of them is capable of. “Before I leave, I hope I can inspire them to become a better version of themselves.”

Going into the 85th UAAP season, the team is aware that they’re a very young lineup. Despite that, it doesn’t affect how they play the game. The Blue Eagles WVT have one unified goal in mind, which is to win championships. “We take it day by day. We’re not looking at the players that we’re missing. There’s nothing we can do about that. All we’re trying to do is focus on how to improve as players and help each other.”

A highly competitive sports team can’t exist without a rigid training program. Given how the season’s matches are only a few months away, there’s no time for the Blue Eagles WVT to let their foot off the gas. Is it a tiring process? Yes, but the team wouldn’t have it any other way.

“Training can get intense, but we try to use it as preparation to handle the pressure of when it’s time to play in the official matches. In the game, it’s you against the pressure. So we’re not trying to change the coach's system, we’re changing the way we respond to it.” Gandler says.

The Blue Eagles WVT are more determined than ever to represent the university and show everyone that age is just a number. Despite the noticeable absence of some of its senior players, the women's volleyball team is confident of proving that they are still one of the most competitive lineups in the league.

Through faith, trust, and courage, the Ateneo Blue Eagles Women's Volleyball Team is looking to soar high in the 85th season of the UAAP. 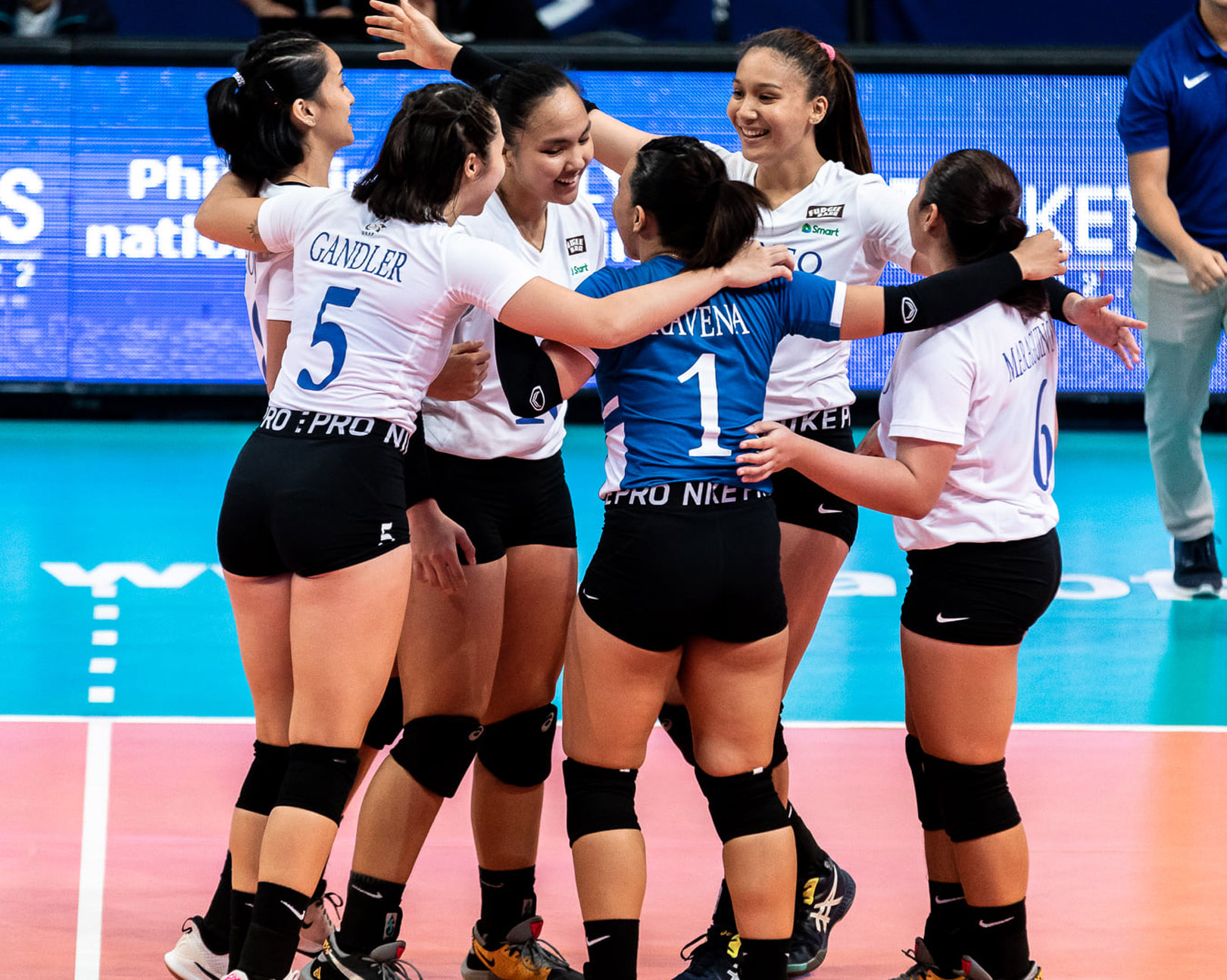