When Ira Valdez (AB Lit Eng 2005), now a Foreign Service Officer at the Philippine mission in London, was choosing between universities, a few things caught her eye in Ateneo. Firstly, the trees. There was something about walking around the Ateneo campus on the day of the Ateneo College Entrance Test, surrounded by nature, that made its way into Ira’s heart.

Secondly, she knew that the Humanities were heavily embedded into the Ateneo way. As an avid reader growing up, she wanted to immerse herself in the Humanities. Lastly, she heard that Ateneo was always about service but was unsure exactly what that meant. Like an invisible string, this yearning for something she did not know about eventually pulled her into entering Ateneo.

As a child, English was her favorite subject. She recalls reading her favorite book, The Canterbury Tales, for school. She spent her summers finishing her Summer Reading Lists before everyone else could. She would even read her sisters’ books, essays, and homework any chance she could get.  Although her initial course in Ateneo was Legal Management, she knew English Literature was where she belonged.

“If I’m going to spend the next four years in school studying, I might as well do it learning something I love.”

Her years in Ateneo taught her many things, from learning how to read long texts to writing well quickly. But perhaps the most important thing she learned was gaining a deeper understanding of others and being able to listen to other perspectives. As the fourth child in a family of eight, she was always exposed to different kinds of views, being in the middle between her siblings. This exposure was heavily reinforced when she took up her different literature classes.

“You can interpret a text in different ways because there is no absolute interpretation. It is the job of a writer to never reveal that, and it is the job of the reader to experience what they read and make sense of it.”

Her skill of listening to another person’s perspective, comparing it to hers and others, and being able to understand both, was sharpened as an English Literature student. She emphasizes that genuine and deep conversations and relationships start when one is open to hearing from others. Little did she know, this lesson of acceptance of other views would be a most crucial skill in what she would do for the rest of her life. 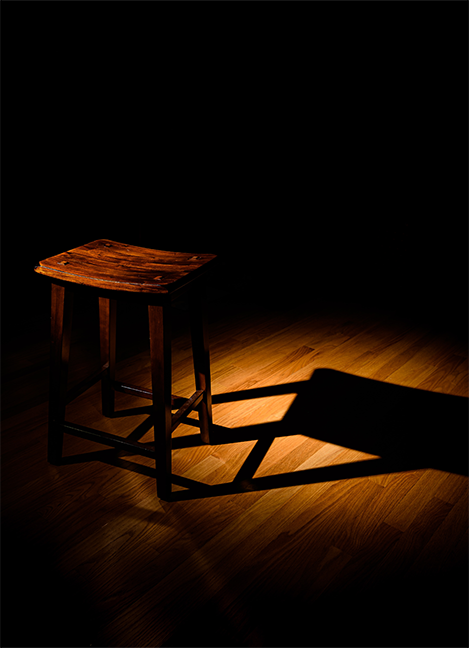 “As you grow older and rise in rank and prominence, there is this push to step into that role and lean into it, but it is important to be reminded that leaders are also found in the quiet workers in the background.”

Post-college, she dabbled for a few years in teaching. She taught in Woodrose, her alma mater, for a year and in Ateneo, as an instructor for two semesters. After that, she went on to do public relations for a corporate company. According to her, she was lucky to have a very supportive family who gave her the opportunity to try new things and explore different professions. However, after a while, she started to wonder, “what am I contributing to the world? What am I giving back while I have this capacity to do so?”

Ira recalls how during her time in Ateneo, she was always in awe of Bobby Guevara’s classes. He truly had a passion for wanting his students to understand why the world is the way it is and how we have the power to make it better. Ateneo has been known for its immersions, but Ira told herself that these are not merely novelty experiences. In fact, these are experiences that should never leave you. It must not be a one-time encounter you move past. Ateneo opened her eyes to the different types of challenges people face and the societal ills that plague us. And as she questioned how she could give back, as if by fate, her father one day showed her an ad for the Department of Foreign Affairs. She thought, why not? She took that opportunity to serve and applied.

“If I served in the government, I know that what I do will have a direct impact on the country and the Filipino people. Twelve years later, here I am.”

Her journey to get to where she is now was not an easy one. The application contained three parts: a preliminary civil service exam, a two-day written exam, and an oral exam that included a panel interview, a debate, and an extemporaneous speech. More than 800 people applied, and only 16 got accepted. Ira shares that she kept her entire application a secret from her family until the results were released in the newspaper. It was only when she needed help picking out a Filipiñana outfit that she confided in her mother. 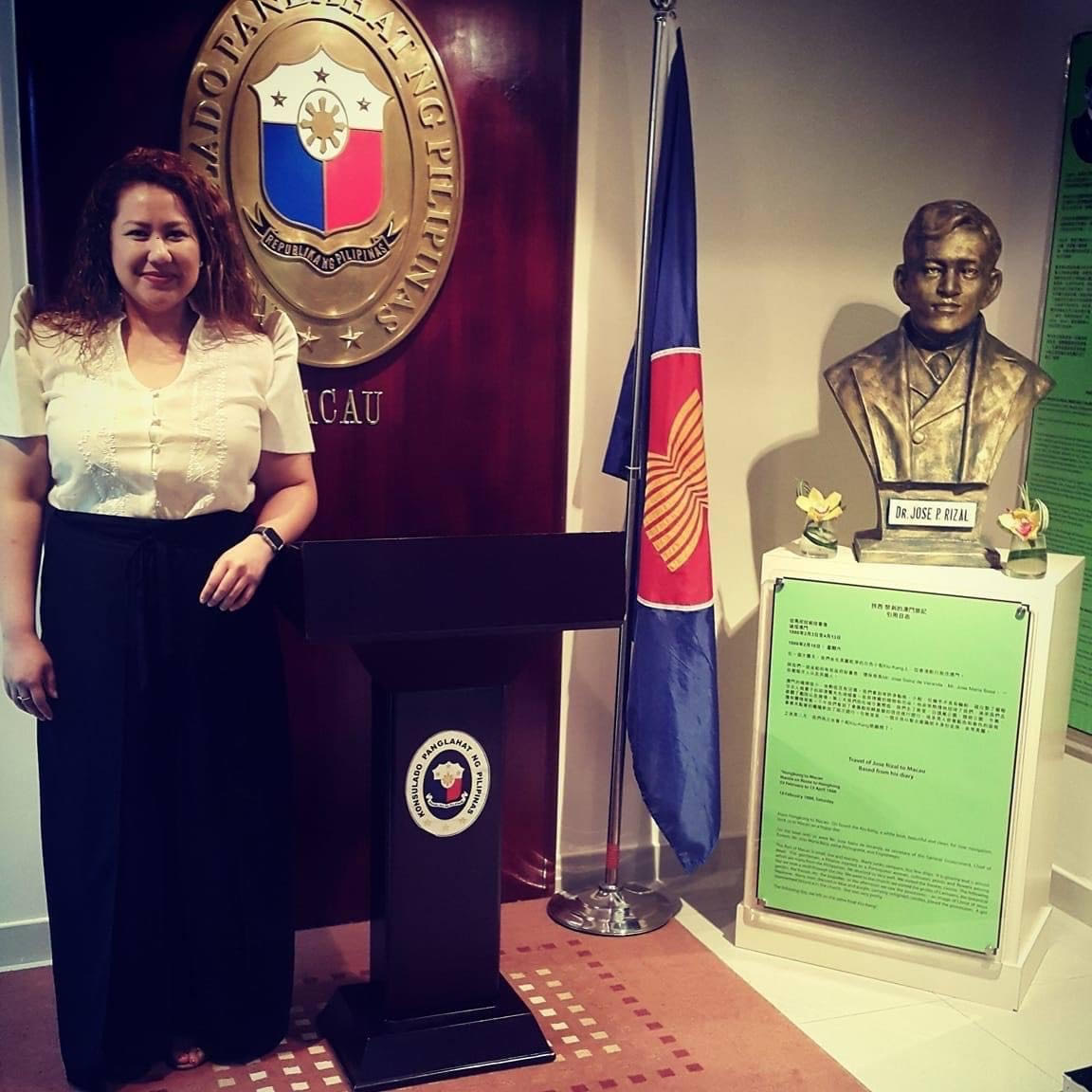 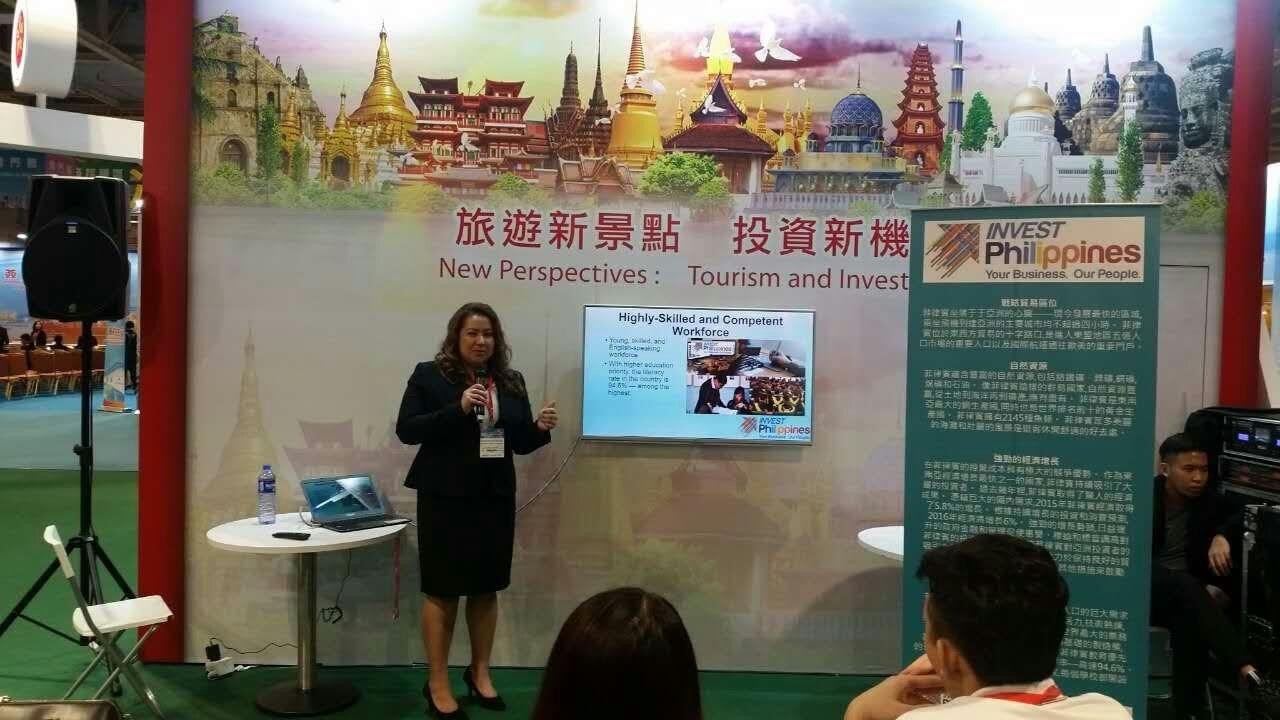 After acceptance as a Foreign Service Officer, one must train and work for a few years in different offices around Manila before being sent to serve with one of the 94 embassies around the world. For her first run, she was sent to be the Vice Consul In Macau, where she served for almost 7 years and was eventually promoted to Consul. When she returned to the Philippines, she became the director of the North Asia Division for a year. She also had time to take a study leave, where she took her Master’s Degree at the London School of Economics and Political Science as a scholar. She then returned home once again to serve at the Office of the Undersecretary for Multilateral Affairs and International Economic Relations before being sent back abroad. Ira is currently a Foreign Service Officer based in London.

Ira believes that it was her time in Ateneo that ingrained the belief that to lead is to serve. She says that not everyone has the same philosophy. People in the real world can be cutthroat.

“That is why at the end of the day, you have to answer to yourself and God. What I do is not for personal glory.”

Although being a Foreign Service Officer may seem like a lavish lifestyle, she notes that her profession comes with difficulty.

“People are always so amazed at what I do, but deep inside, every job has a good and a bad side. There is a lot of work that is done behind the scenes. I deal with issues of Filipinos who are sick, incarcerated, and fighting the law. As a bureaucrat, my sphere is not as extensive as people think. But I know if I work well in my little area, that is also service. Given the responsibility you have, you do your best.” 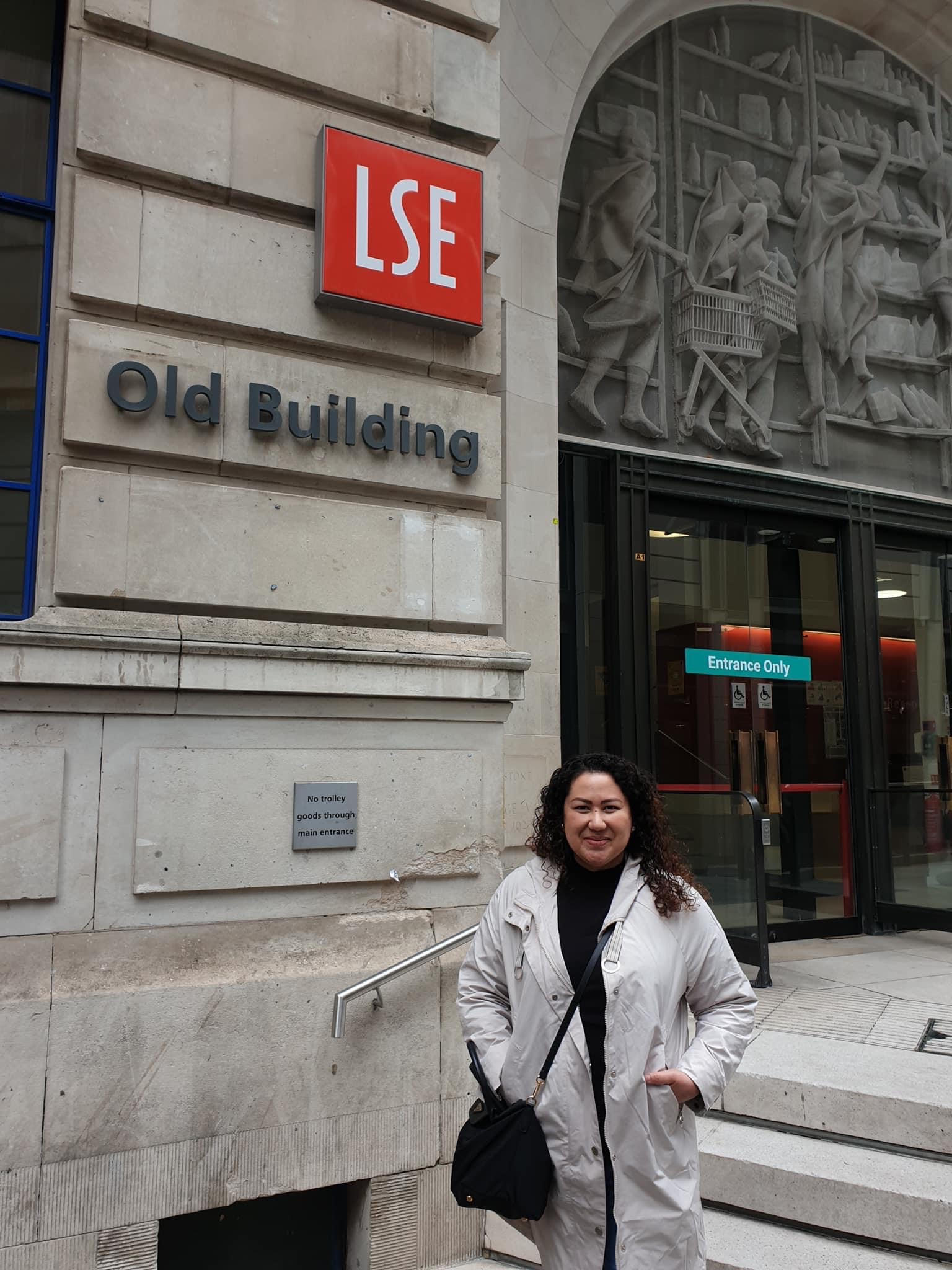 Sometimes, it is easier to believe that we have little to no influence over the people we can serve. Ira reminds us that doing our best in our own little pond contributes to a bigger thing, that working with what you can in your own capacity is enough.

Ira also mentions that many believe leadership and service are in the hands of people who are front and center, but oftentimes they are in the hands of people who quietly toil behind the scenes. “As you grow older and rise in rank and prominence, there is this push to step into that role and lean into it, but it is important to be reminded that leaders are also found in the quiet workers in the background.”

When she first entered Ateneo, she knew that the Humanities were important, but it was through her work that she saw its importance in action. Connecting it all back to the skill of listening to others, as a Foreign Service Officer, she has seen the different stories and experiences of Filipinos first-hand. She notes that despite those differences, there is always an underlying human condition. The beauty of the Humanities is that it teaches us that we are all the same.

She relates it back to what Ateneo taught her. “People assume that Ateneo is only for the privileged, but we are lucky that the university has the ability to provide a lot of scholarships for very deserving people. Whether these students come from different backgrounds and places, they all have a unified connection, we just have different pockets of experiences.”

Ira reminds us that with our own experiences, it is up to us what we do with that power, capacity, and privilege.

When asked what message she would like to leave Fabilioh readers, she says it is to remember it is not always about the future, but actually the present. Many choose their universities and courses with the goal of finding a job after. But Ira reminds us that we must also take every opportunity we can in the present to grow. “It’s not only about the course but how you develop yourself. Meet new people, try new things, and use this time to know more about yourself, but don’t forget the Humanities.”

Ira says that the Humanities is something she always brings with her. “For some, it may not seem like the most practical thing, but it is important. It reflects the soul of society.” No matter where you find yourself after your time in Ateneo, never forget that human connection that we all share. It is what reminds us to serve and give back.

Looking back on her journey, Ira is beyond grateful for her years in Ateneo, whether it was as a student or a teacher. “I really grew as a person in Ateneo. I tried so many things, learned more about myself, and made lifelong friends along the way. I could say that much of who I am is influenced by Ateneo. It is through my Ateneo education that I am always reminded to serve with integrity and simplicity. ” Her understanding of others, her passion for leadership and service, and her beliefs in the human condition were all once seeds before she entered Ateneo. Now years after, these seeds have grown into their very own trees.

“The greatest award I can receive is knowing that I did my best and lent a helping hand to others along the way.”