Learning and Growing from the Pandemic

The day after typhoon Paeng hit parts of the country in November 2022, Tanging Yaman Foundation (TYF) was already prepared to respond.

With a prepositioned 1,000 food packs – always on the ready in case anything happens – and additional orders for relief goods on the way, TYF was able to immediately dispatch much-needed supplies to flood-hit areas.

It’s part of a routine that TYF has already done countless times, and just one of the numerous projects that the Foundation has been doing for years now since it was formally organized in 1995, said Fr Manoling Francisco SJ, TYF founder and chair.

The Foundation has been involved in relief and rehabilitation work in disaster-stricken areas, assisting impoverished communities, scholarships and livelihood programs.

One of the most visible programs they have are their disaster relief operations. In these operations, they bring essential supplies – food, water, and other basic necessities – to survivors, like in the recent storms, floods, and earthquakes across the country.

Once the immediate needs of the communities are responded to, the second part of their response, rehabilitation, kicks in, depending on the availability of resources and the need. This is mainly the repair and reconstruction of houses, churches, and private schools in the areas, Francisco said.

In some areas, TYF also helps build new houses in case repairing existing ones isn't feasible. “If there are totally destroyed houses, we try to build as many as we can,” Francisco said. 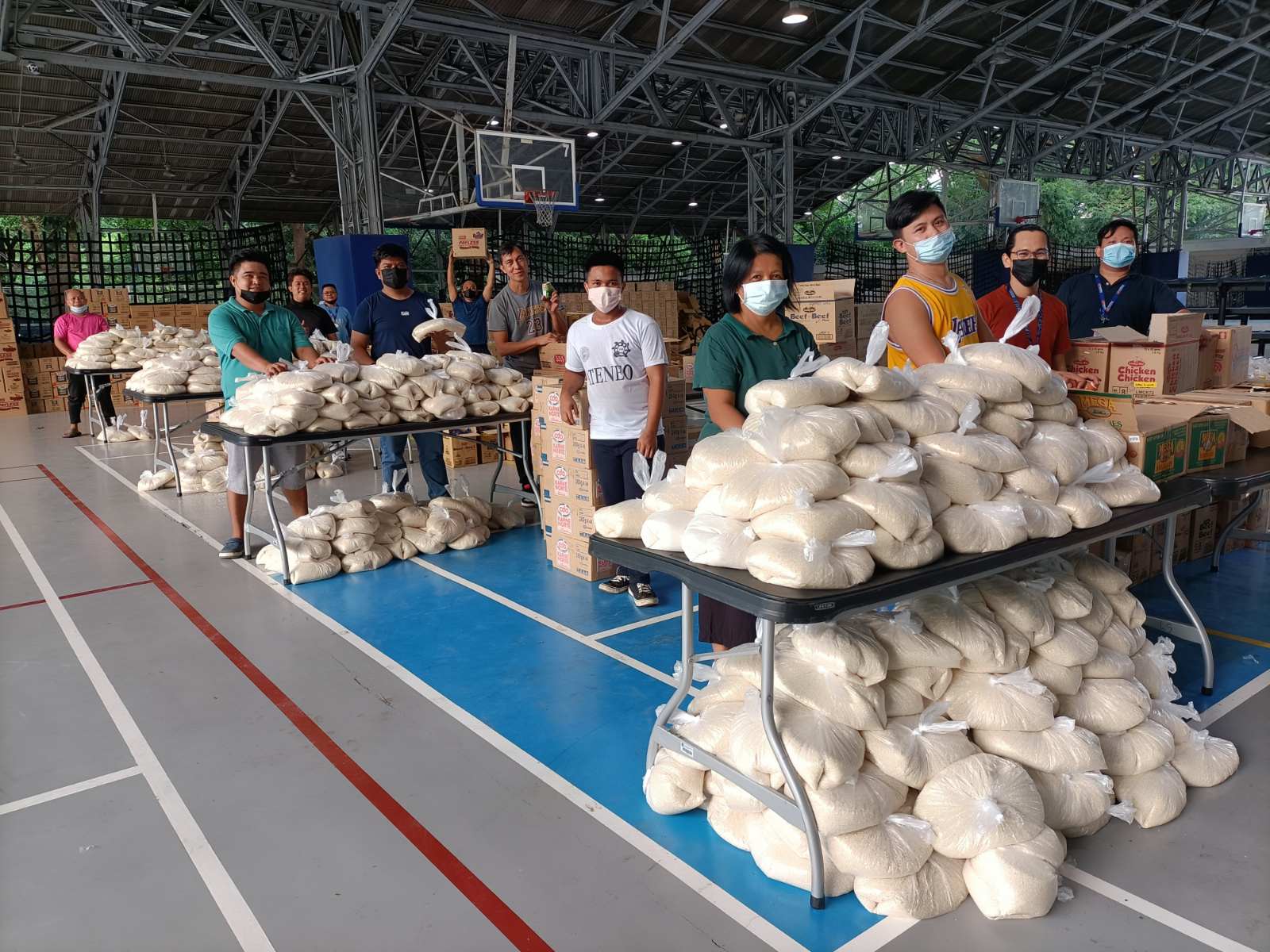 The Foundation also has non-disaster-related projects that help improve the lives of Filipinos who need the most help.

One of the most popular is their vegetable drive, in which they buy vegetables in bulk directly from farmers to be distributed to some of the poorest urban communities in Metro Manila.

They would usually get around 10 tons of vegetables from farmers, usually from the north and central Luzon; of this, 5 tons would be distributed to the 10 poorest parishes in Metro Manila dioceses, and the rest sold for very low prices in a makeshift "talipapa" inside Ateneo's Loyola Heights campus.

TYF is also running scholarships on behalf of a number of generous benefactors, mostly alumni groups, individuals, or organizations.

"So what happened is, alumni groups, batches course their scholarships through us. They send the funds to us, pay the schools; after which the schools report to us, and then we report to the donors [the progress of the students]," Francisco said. At present, they have around 200 scholars distributed across all regions of the country.

"We become the conduit [for the scholarship donors] and take care of the back office, which they themselves can't do [on their own]," he said.

One of their most recent projects is Iggy’s Food Hub. Aside from providing affordable meals for students and staff inside the Ateneo campus, it provides a livelihood for a number of members of TYF’s partner communities. And at Christmastime, TYF supports vulnerable communities through the Parol ng Pag-Asa project. 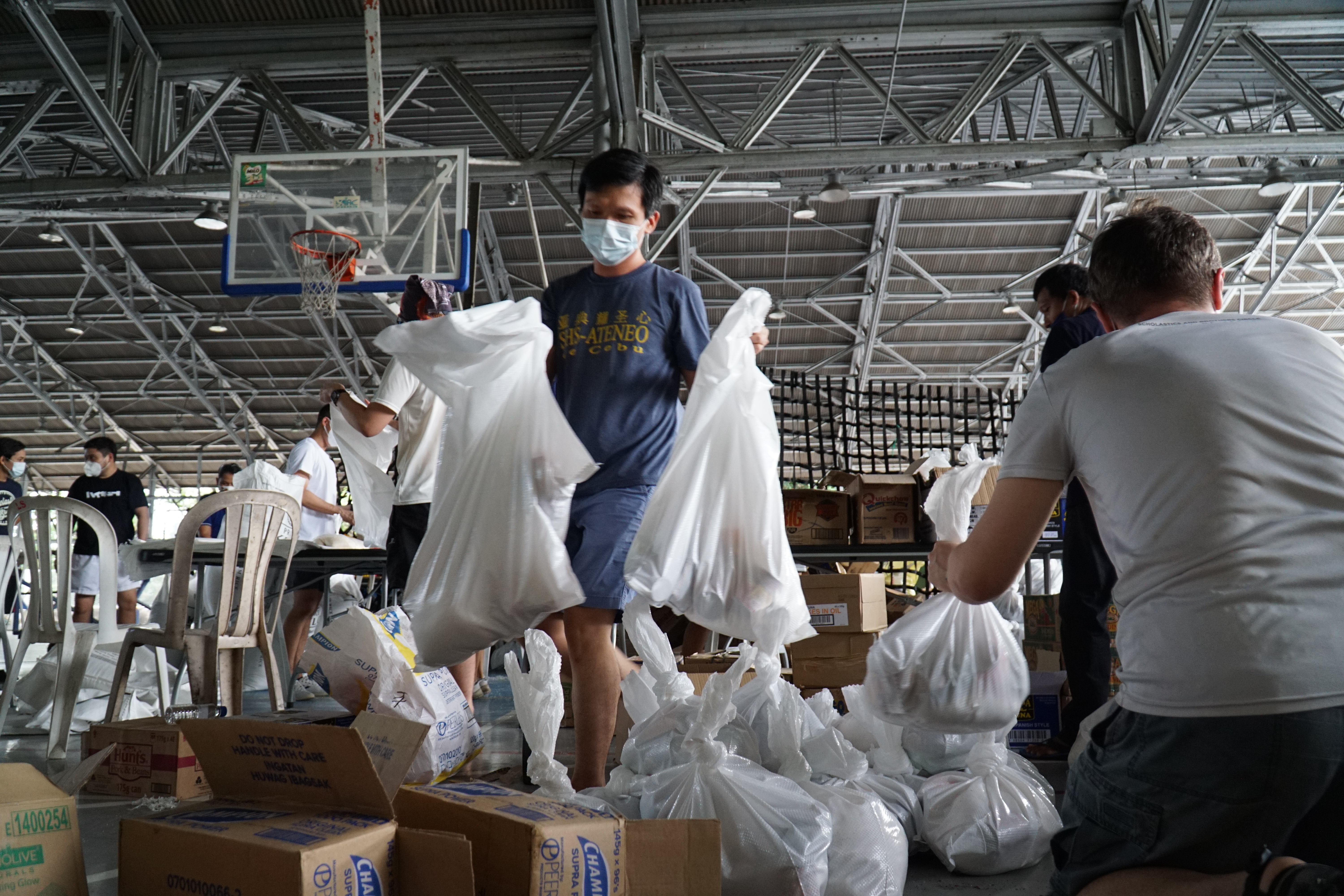 Francisco said that these projects have come a long way from the early days of the group back in the mid-90s, when their main project was only a fundraising concert that, he said, at most would collect a few hundred thousand pesos for charitable causes.

The biggest lessons in the Foundation’s decades-long story came during the COVID-19 pandemic, Francisco said.

Coordination and collaboration with many groups – from the military, local governments, church groups, other civil society organizations, and the communities themselves – has been key in their speedy, efficient, and targeted response.

“Because of the massive needs of people, and the large-scale destruction [during disasters], no single entity can respond to the needs of a province or region,” Francisco explained. “That’s why we need to collaborate with other sectors.”

The grassroots – parishes, local dioceses, and communities – help them identify those who are most in need of aid, and the Foundation would respond according to what they need. In many instances, TYF sends the partners the funds, and they would be the ones in charge of purchasing the needed goods.

It is “maximizing limited resources,” he said, “a more rational, systematic way of identifying and reaching out to those who need help.”

Transparency and accountability are also key for the Foundation to sustain its projects and programs, Francisco said. Regular reporting of donations, mainly through their website and social media channels, shows existing and potential donors where the donations go.

“Napakahalaga sa ating mga Pilipino [ng transparency] because of our culture of corruption… especially those from abroad who say that 'we want to help, want to make sure the aid goes to those who really need it,’” he said.

“Since March 2020, when the pandemic started, we've distributed nearly Php 350-400 million worth of relief goods and construction materials all over the country,” the TYF chair said. “In almost 3 years, almost Php 400 million, and that’s just for relief programs.” 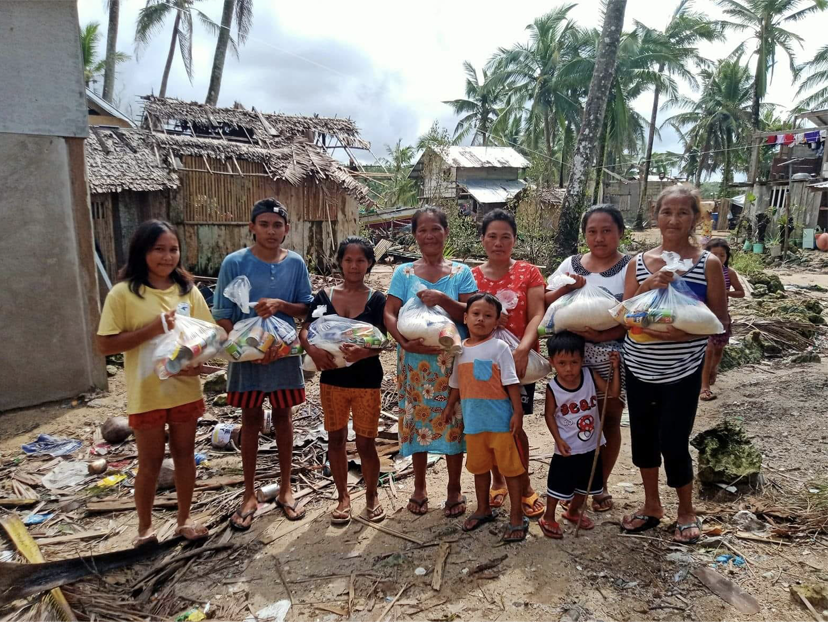 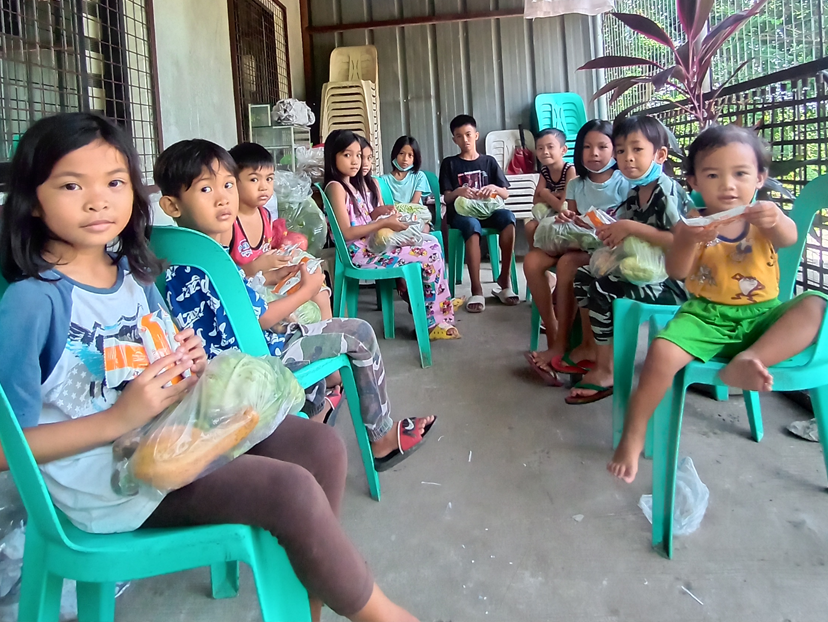 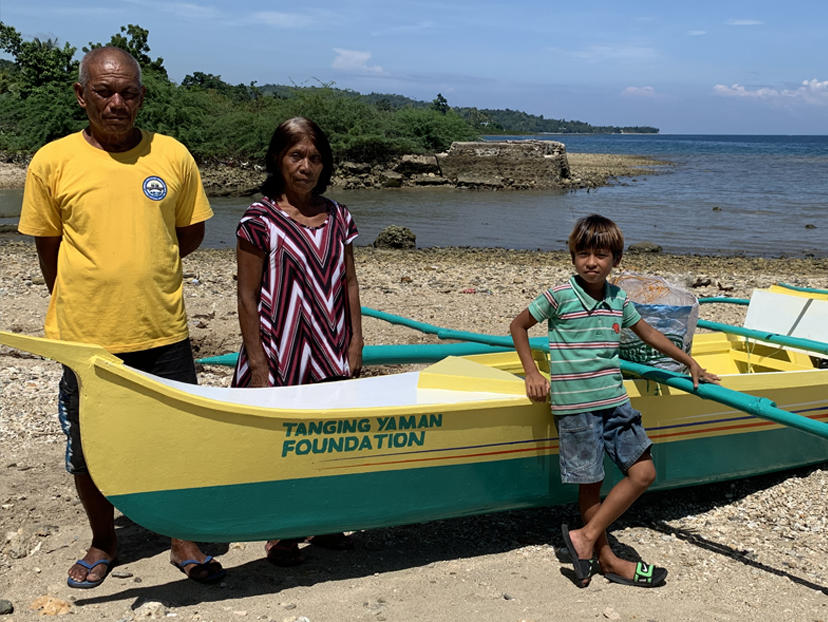 The pandemic also taught TYF to be creative and accommodating, especially when it comes to raising funds and collecting aid.

With everyone, including regular donors, being hit hard by economic issues during the lockdowns, Tanging Yaman had to make donating and helping "more accessible" and easier. "Donors are given opportunities to help without exhausting their resources."

"We have to be sensitive to the pulse of our benefactors, at the same time, creative so we can sustain our programs," Francisco said.

It also forced them to open up more ways through which donors can give, especially with the growth of the use of technology in banking.

"We have to create as many options for giving as possible, so that whatever means I'm comfortable with... we have to make those systems available even for Filipinos abroad," he said. "Technology can be our aid, and partner, but we need to match the technology with the particular sector, age group, or economic class to make donating easier."

But the lesson that really made an impression on Francisco and TYF is the generosity and selflessness of people – especially those who are also in need of help themselves.

In many instances, he said, these recipients take the initiative and share the aid they receive with others. "Paulit-ulit siya nangyayari, in different communities," he said. The poorest of the poor, those at the margins, are the ones who show the most heart, extending whatever help they can even if they themselves need assistance. 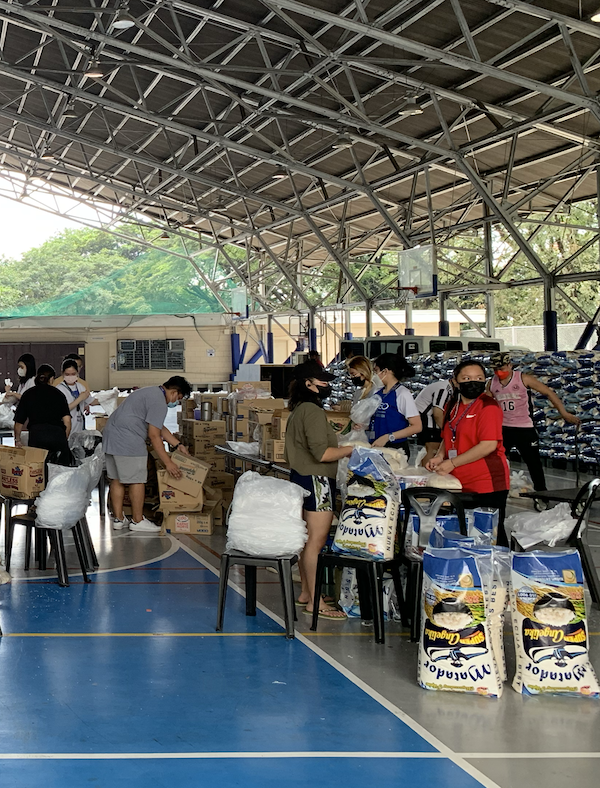 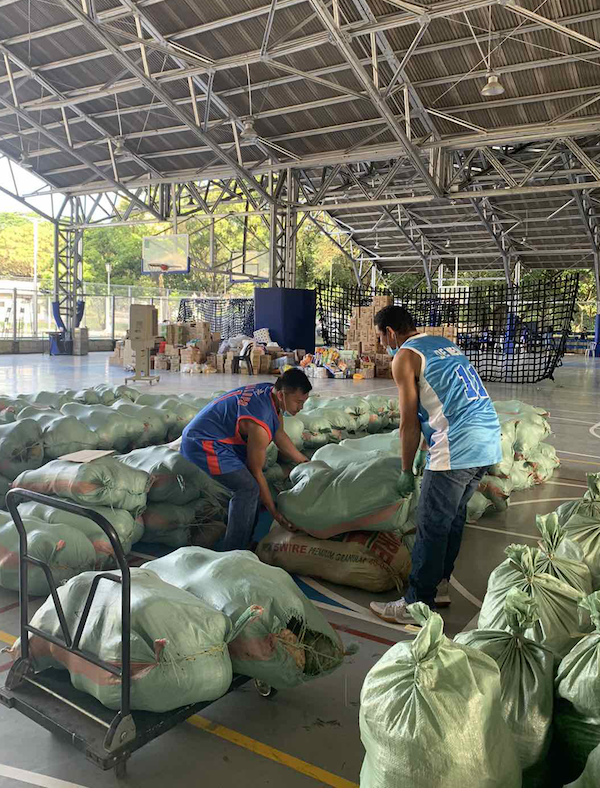 It is “very humbling” that people use the Tanging Yaman Foundation as a trusted conduit to help others, either by donating or volunteering.

“That's the description on our [Securities and Exchange Commission] papers: we're a conduit for benefactors and beneficiaries; those who can help and those who are in need,” Francisco said.

And this conduit – trusted by individuals, communities, and companies – envisions helping more people in the coming years, assisting those in need, and spreading hope regardless of political color, faith, or station in life.

"We try to be inclusive. Everyone can benefit from our help," Francisco added.

Top and quote block images by Aaron Vicencio. All other images courtesy of Tanging Yaman Foundation. 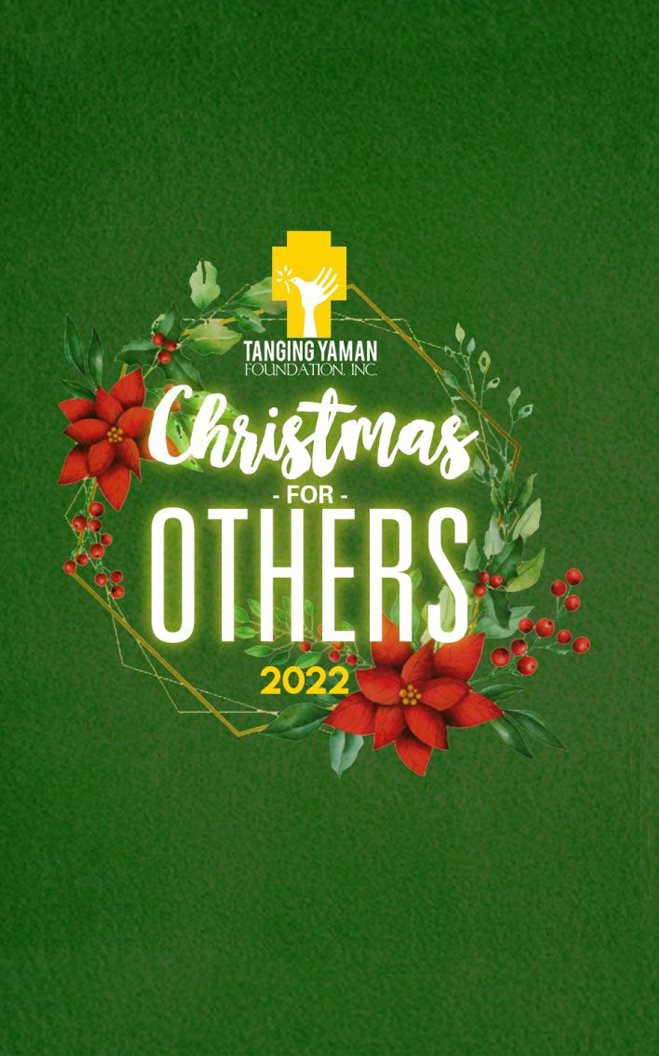 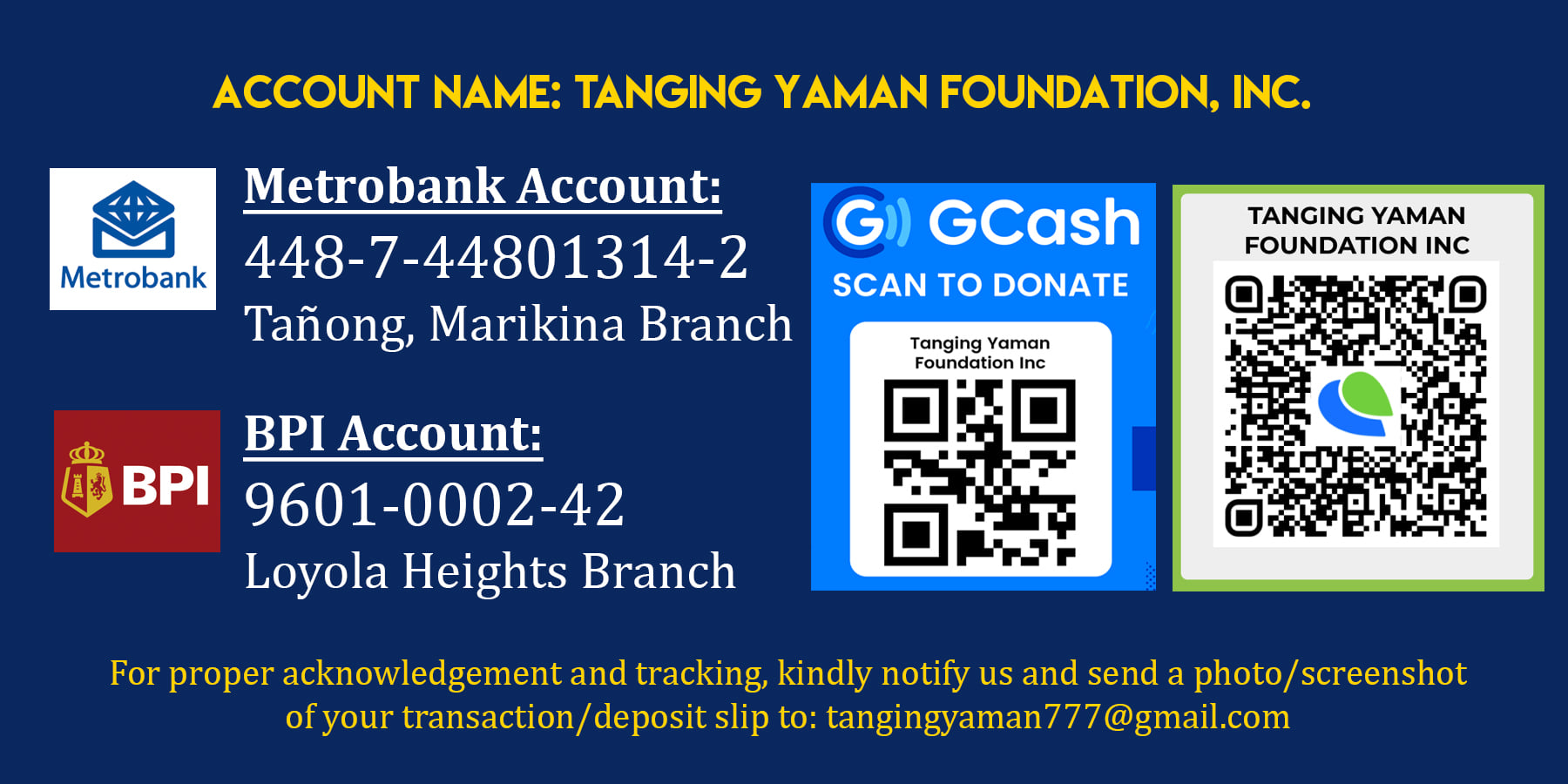