Almost two months ago, Rappler released an article entitled “Studying in a Catholic school made me resent religion.” It was written by Juno Reyes, a college senior who had attended a Catholic school for 13 years, and who now finds herself resenting religion as a result.

Upon the release of the article, I saw mixed reactions from friends who either went to Catholic schools or are currently working in one. On the one hand, some were quite defensive. One was quick to point out that Catholic schools should not be blamed for someone’s lack of faith. There seemed to be an implication that the schools are faultless; kung may hindi ka maintindihan, kulang ka sa pananampalataya. Others were quite supportive of Reyes. Perhaps they resonated with her insights and agreed that something had to change. Either way, I think the varied reactions should wake us up to the reality that there are students who have not had the best experience in learning about the Christian faith.

And if, as Catholics, we believe in a God who leaves the ninety-nine sheep to look for the lost one, shouldn’t the experiences of students like Reyes challenge us to do better?

In her article, Reyes mentioned that they were required to pray before and after each class. She adds that they were also asked to memorize certain prayers. “Although we were instructed to recite spontaneous prayers, teachers never questioned when we consistently spouted identical ones every time... Prayers eventually began to feel more like an apathetic routine rather than a genuine attempt to communicate with God.” Having grown-up in a Catholic school myself, I don’t think there’s anything wrong with praying at the start and end of class. In fact, those few minutes of praying were sometimes helpful; it would give me time to prepare myself for the next subject. It was a moment to breathe.

Still, I understand where Reyes might be coming from. The problem seems to start when these prayers turn into mere memory-work, with little to no understanding at all of what is said. Take for example The Lord’s Prayer; there’s a very good chance that this is one prayer people have been saying for so long without properly understanding what is meant. “Thy Kingdom come, thy will be done, on earth as it is in heaven.” If I could somehow translate that: we’re literally asking God to help us make heaven a reality on earth. “When we pray, we are asking our holy, loving, and unchanging God to change us and thereby change the world.” We are asking for God’s aid in the building of a society where the oppressed go free. (Lk 4:18)

If that were the mindset every time we uttered the Lord’s Prayer, perhaps things would feel more personal and authentic. Maybe the next hour or two which would be spent learning about equations and formulas could be seen as a step, no matter how small, to the building of God’s Kingdom—the same Kingdom which Jesus was sent to proclaim.

Apart from the prayers, Reyes also pointed out the way in which Christianity was taught. “Things were looked at from a ‘this is a good deed because the Church said so,’ way instead of a ‘which route truly embodies the values God wants me to live out?’ way.” In a separate article, Lorenzo-Peckson shares very similar sentiments: “Teachers are too focused on what the Church teaches about this or that moral issue, or the intricacies of a particular exegete’s scriptural interpretation.... Many prohibit their pupils from questioning what is taught in class, so only a few arrive at an owned understanding of Christianity’s core beliefs.”

For a religion centered on one man who questioned the way things were being done during his time, Christianity today seems to be intent on keeping an attitude that prohibits questioning of any kind, especially from its own adherents. Much like the religious hierarchs from two thousand years ago, most Christians insist that God is solely this and not that. God only wants this and never that. In first-century Palestine, anything which went against or beyond what was written in the Law was immediately regarded as wrong or sinful. Today, anything which seems to go against what the Church teaches is treated in a very similar manner. If we are to become Christ-like, shouldn’t we, as a Church, be constantly asking whether our teachings are helping us become more loving? Or have we become more Pharisaic, allergic to questions of any kind?

Finally, Reyes shares that she seems to have been presented with a very exclusive and punitive image of God. In terms of her school’s social dimension, she mentions that they were obligated to donate money to a mission organization every year. “Do good, get rewarded; do the opposite, suffer consequences; repeat.” In line with this notion of a God who rewarded and punished, Reyes’ resentment also stemmed from the notion “that [she] had to know all [the] dogmas and prayers to be deemed worthy of God’s love.” While these notions will sound acceptable and sound for many believers today, we must pause and reflect on whether these truly reflect the God who was revealed to us in Jesus Christ—One who is compassionate, merciful, and unconditionally loving.

Unless we start taking the experiences of students like Reyes as invitations for growth rather than threats, it’s very likely that more young people will start to resent religion, and maybe even God. As a Church, we have much to learn about the Christian faith if we hope to make it relevant and meaningful for the future generations. Perhaps though, it can start with an unlearning of all the things we’ve never dared question.

To Juno Reyes, if you somehow stumble upon this article, thank you for being honest about your experiences. Thank you for asking the difficult questions. It is your voice and the voices of those who are a part of your generation that we, as members of the Church, should listen to. Thank you for demanding better from us who try to teach the faith. 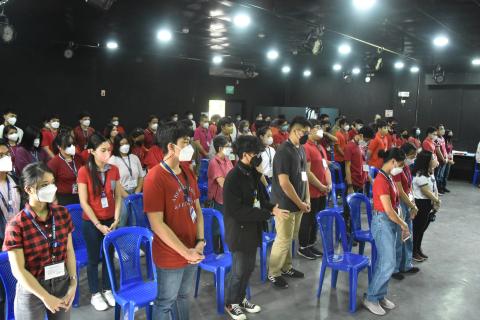 November 23, 2022 was Red Wednesday, a day during which Roman Catholics were enjoined to pray for and stand in solidarity with Christians who have

22 November 2022 TO : The University Community RE : Red Wednesday 2022: Blessed Are The Persecuted FROM : Office of the Gesù Church Rector

Join us in our Breathing Spaces! One-hour spaces of reflection and sharing, from 23 Nov to 12 Dec 2022. Register at https://bit.ly/BreathingSpaceSY22-23. “Fourth year, second 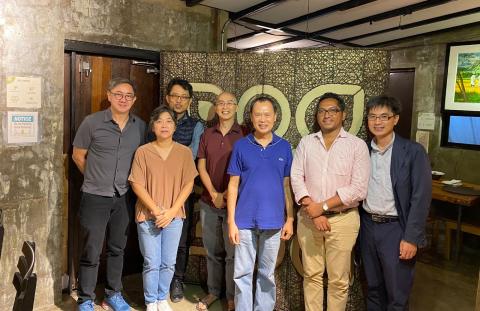 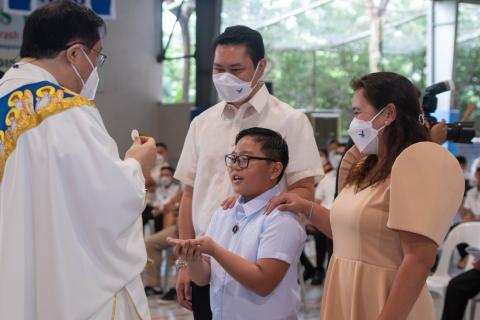 Jesus said to the crowd: I am the bread from heaven; everyone who eats it will live forever. For my flesh is the lifegiving bread 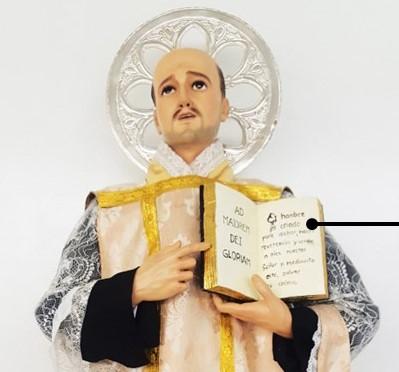 Learn about the ASHS Jesuit saints by understanding their iconographies

November 5 is the Feast of all Saints and Blessed of the Society of Jesus. The Jesuits have 52 canonized and 157 beatified members, a