Ligalig: Art in a Time of Threat and Turmoil 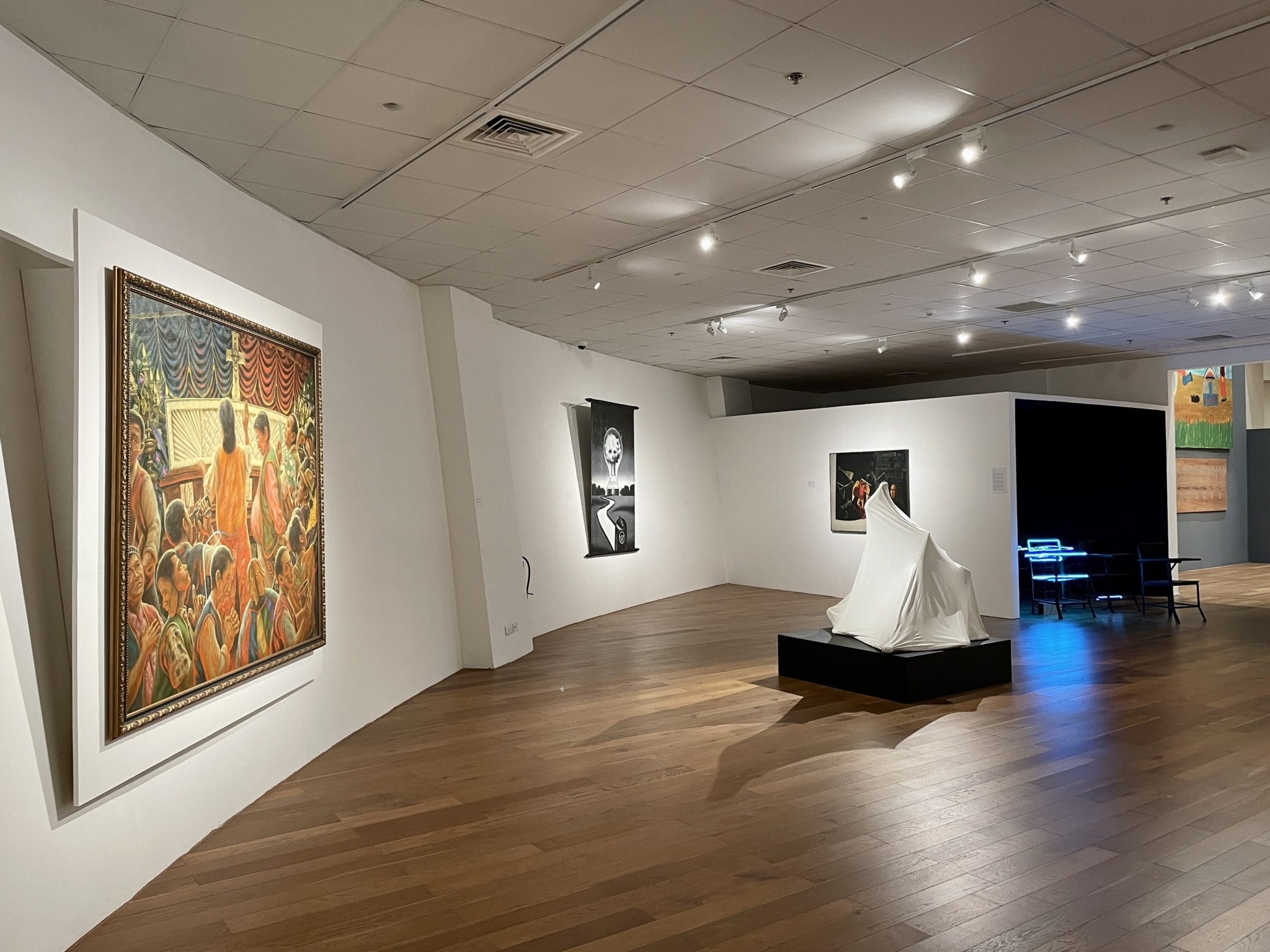 The Ateneo Art Gallery Collection grew through the decades to include different artistic voices in contemporary art practice. From a core collection of postwar modern art, social realism is another genre that has gained significant representation. This was not necessarily incongruous with the existing collection. The realist mode of representation captured feelings of despair and uncertainty prevalent after World War II. The proponents of Neo-Realism tackled social issues and sought to represent the changing urban landscape.

Political unrest and human rights repression grew in the late 1960s and more so with the declaration of martial law in 1972. Alice Guillermo notes this period also saw the formation of militant art organizations that supported the basic principle of “art for the masses.” Artists aimed for “greater visual impact and wider accessibility in art that supplemented propaganda calls related to current issues.” This remains true to this day as artists continue to embrace their essential role as “the gatekeepers of truth.”

Emmanuel Torres, the founding curator of the Ateneo Art Gallery, purposefully identified artists to donate to the growing university art collection whose works reveal the precarious conditions brought about by the Marcos dictatorship. These include issues such as the infringement of basic human rights and press freedom, corruption in government, capitalism and unfair labor practices, illegal detention, and extrajudicial killings. Artists such as Al Manrique, Edgar Talusan Fernandez, Renato Habulan, Antipas Delotavo, and Pablo Baen Santos were at the forefront of a community of marginalized artists who fought in the 1970s to the 1980s against the dictatorship. Torres even recalls an unexpected visit to the gallery by police or military men in plainclothes when these works were first exhibited.

Contemporary artists continue to be vigilant and responsive to current issues, as evidenced in works acquired in later years. Whether employing traditional or conceptual and new media modes of expression, they continue to underscore the role of art as a critique of the prevailing social and political order. The range of artworks is varied — from paintings, prints, and drawings to mixed media and video works. Alongside visual expressions, selected poems provide a literary dimension to the struggle fought.

Turmoil and agitation caused by recent attempts to revise history provided and the heightened terror instigated programs of the current government provided an impetus to this exhibition. Ligalig, a Filipino word for “troubled,” encompasses the themes that remain relevant to this day — threats to life and freedom brought about by the abuse of power, poverty, economic and social inequalities, and environmental degradation.

It is unfortunate that the same issues and problems from decades ago still persist. These are made even more evident by the pandemic. One important change though is the freedom we now have to present this project without fear of any consequences or threats. It is this freedom that we need to value and protect for future generations.