Muntadas: Exercises on Past and Present Memories 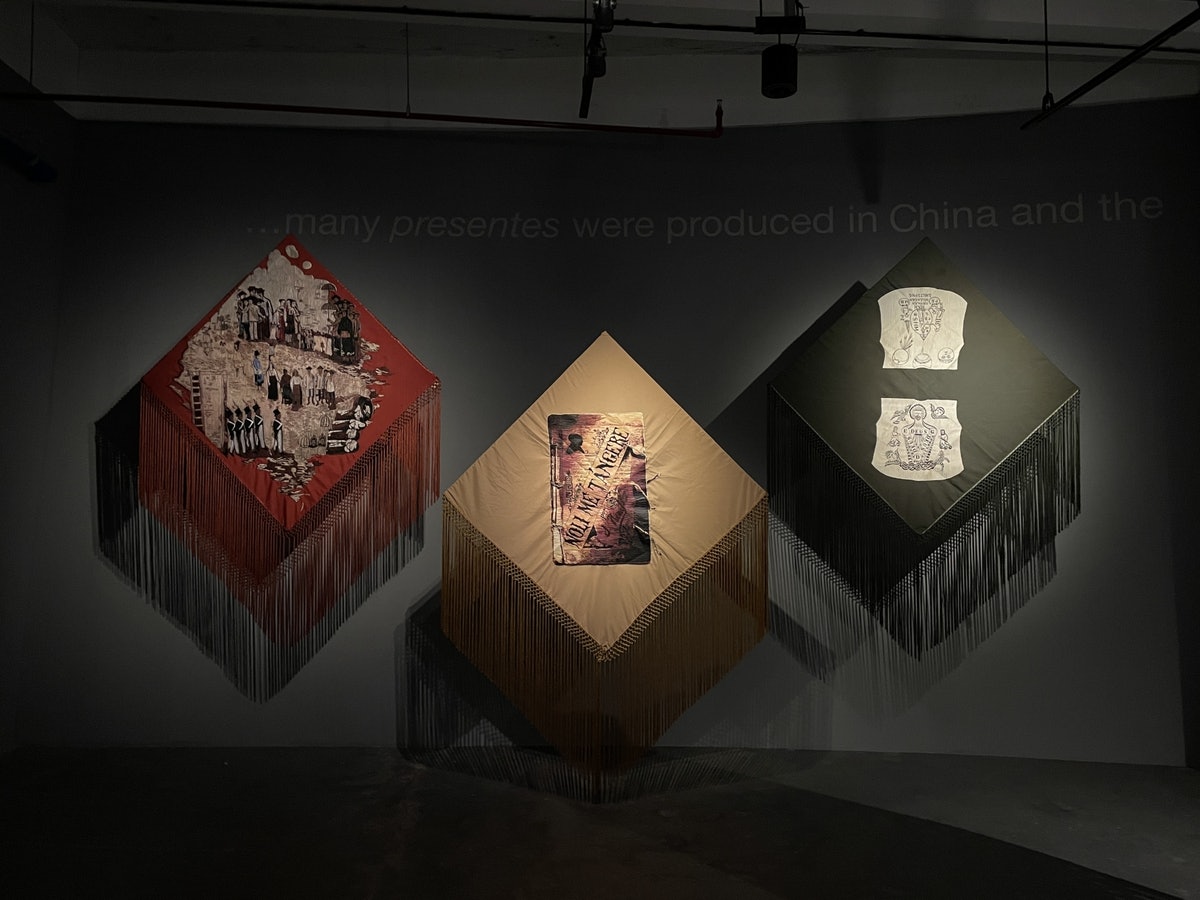 Renowned conceptual artist Antoni Muntadas launches his first exhibition in Manila titled Muntadas: Exercises on Past and Present Memories in collaboration with the Ateneo Art Gallery (AAG) and Centro Andaluz de Arte Contemporáneo de Sevilla (CAAC). Muntadas presents three projects that translate memories and histories of the Philippines and Spain and their relevance to contemporary history

Antoni Muntadas (b. 1942) is considered one of the pioneers of multimedia installations and urban interventions. With his art practice spanning over four decades, he develops projects through collaborative research to create site-specific works that resonate with local issues and experiences. He first visited Manila in 2019 and his brief encounter with the city led him to further investigate the past and present of Spain’s former colony. Fortuitously, the project coincides in time with the commemoration of the quincentennial of the circumnavigation of the globe, as well as with the period of the global pandemic caused by COVID-19.

The idea of movement from the themes of globality and transnationality is central to the works of Muntadas. These concepts can be observed as early as the 16th century, during the height of the Manila - Acapulco Galleon trade, where and when mobility and travel were necessary for commerce and economic development. Starting in Seville in 1565, the galleons stopped by Mexico City and Acapulco for overland trade before sailing to reach the port of Manila. The route also linked Manila with China, and by extension, with other parts of Southeast Asia such as Japan and India. The Manila Galleon trade brought about the economic and cultural exchanges between the East and West, a system that has been considered to be the beginning of globalization. 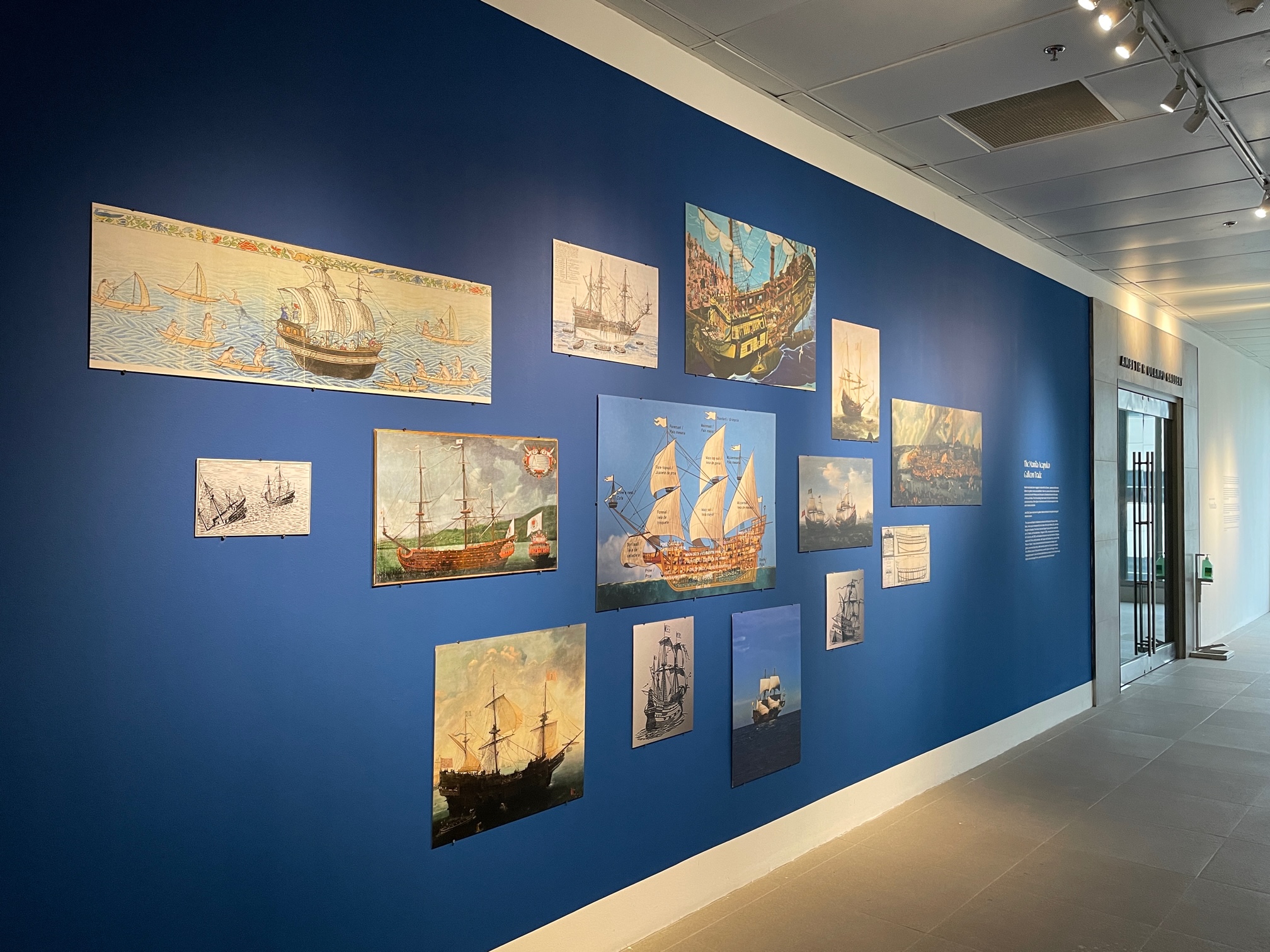 Using the Manila Galleon trade as a framework for the exhibition, Muntadas developed three projects based on goods that were originally part of this commercial circuit — the mantón de Manila or “Manila Shawl” which was originally made in China then traveled to Manila, and later adapted and appropriated to the Spanish culture; coins and medallions, and ceramic trade ware from Sevilla. Contemporary versions of these goods, which Muntadas refers to as presentes, act as repositories of memories; they are intended as metaphors for historical, political, social, and cultural narratives relevant to Philippine society. 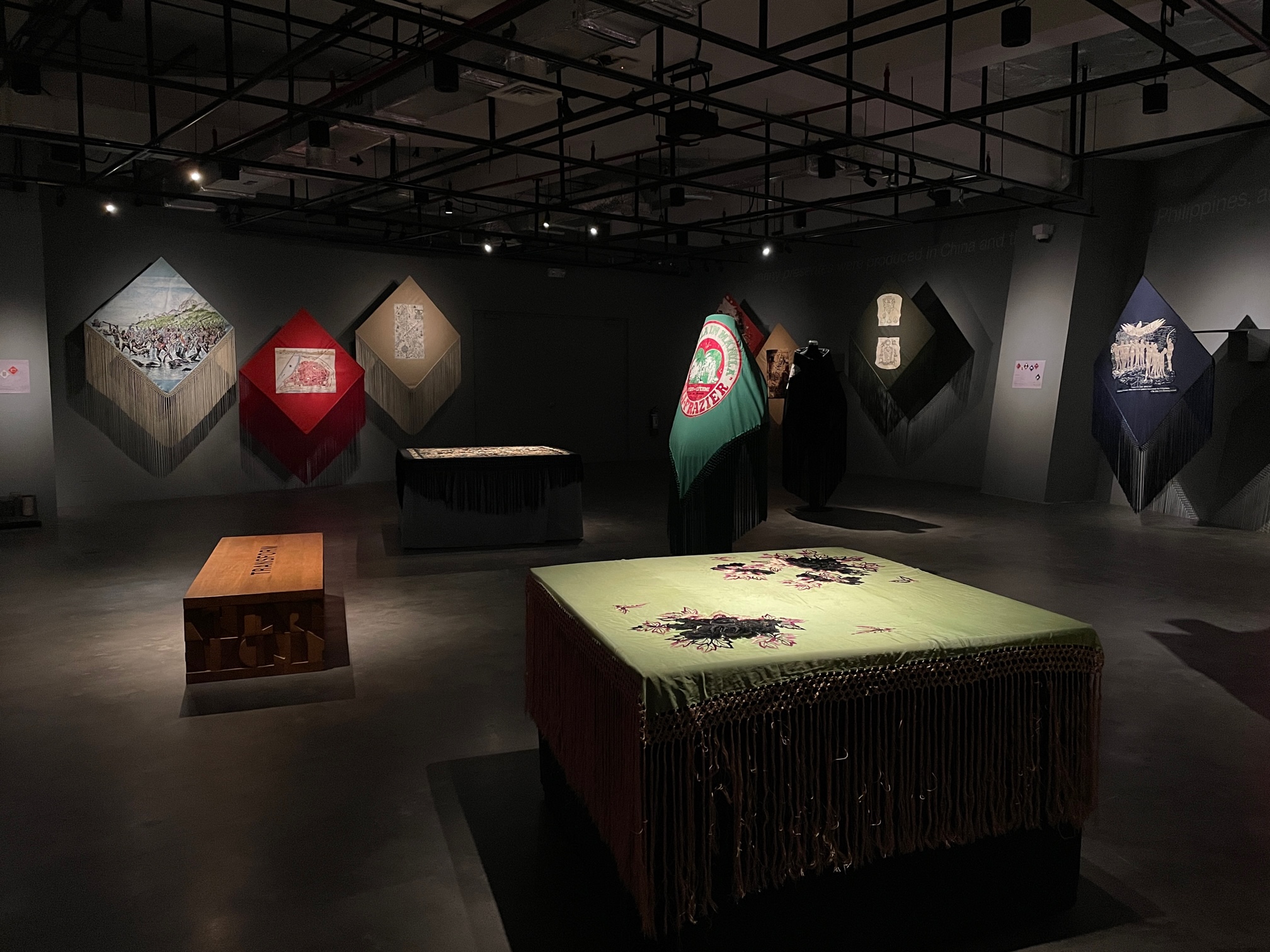 The Mantones, locally embroidered in Lumban, Laguna, are fifteen shawls that feature images that represent different points in Philippine history, current events, and popular culture. Malas Hierbas is a set of ceramic plates manufactured in Sevilla which bear botanical drawings of invasive plant species brought in from the Americas, alluding to the effect of colonization. The medallions fabricated in Sevilla are called Portable Monuments to Emigrant Anonymous Workers; they are conceived as a tribute to unrecognized Filipinos living overseas. These projects are contextualized by archival photographs as well as artifacts loaned from the Rizal Library of the Ateneo de Manila University and the Intramuros Administration. Manuel Ocampo also contributes his version of the Murillo Velarde - Nicolás de la Cruz Bagay map that depicts critical points in Philippine colonial history. 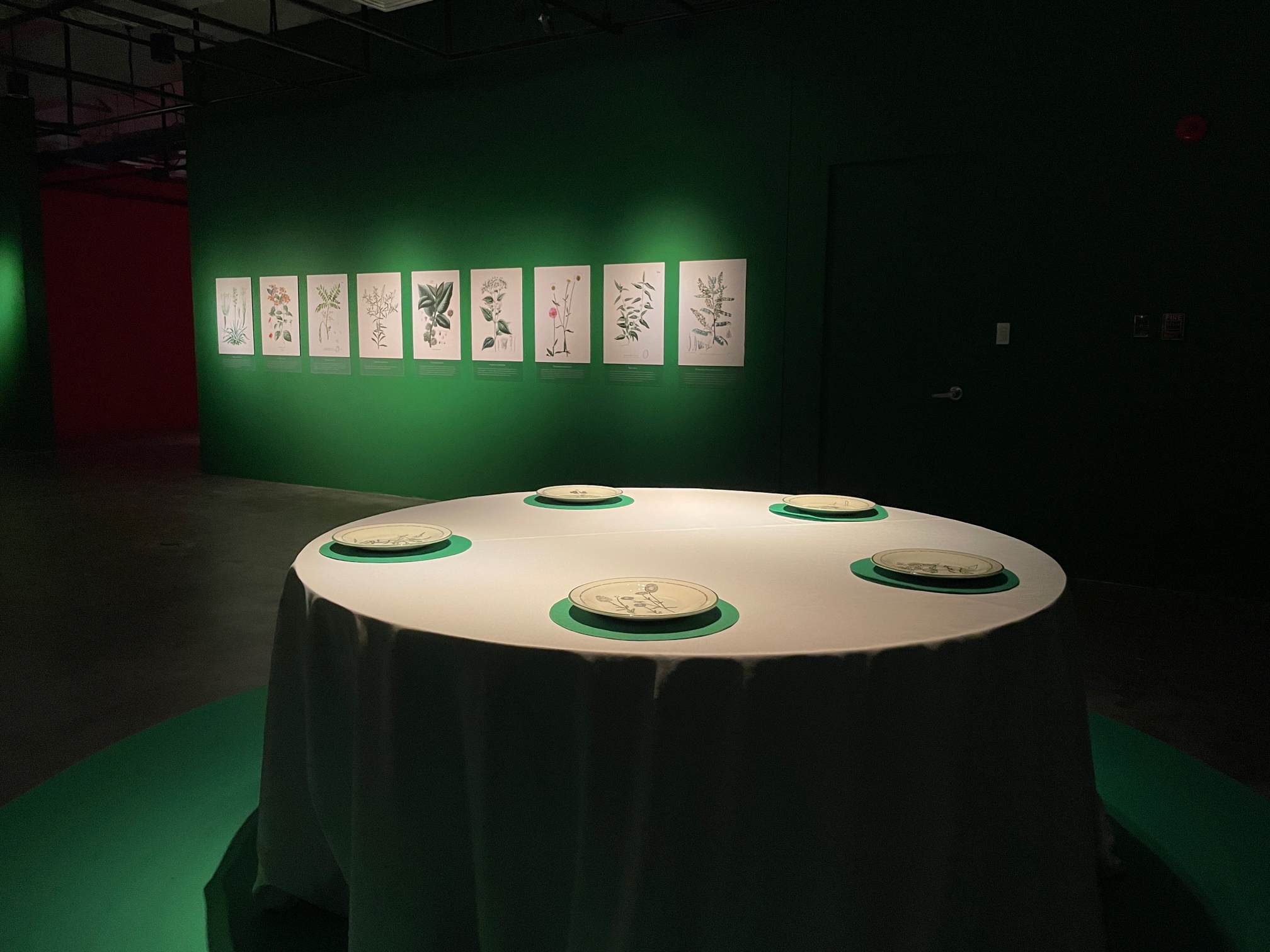 As with all his previous works, this exhibition was a result of a long research process by Muntadas in collaboration with research and design teams in Manila and Barcelona. Concept development and design were all facilitated virtually. The process of mounting the exhibition at the Ateneo Art Gallery was especially challenging due to restrictions in the Philippines brought about by the constant threat of the Coronavirus. Through the collective effort of both teams in recovering memories, Muntadas was able to draw his interpretations of these narratives to produce representative objects that would resonate with audiences in the Philippines and Spain. As described by writer José Díaz Cuyás in his essay, Ideas on Voyages, Routes, and Detours. On Antoni Muntadas’ Exercises on Past and Present Memories, “It does not have to do with reconstructing the memory of both nations and narrating the evolution of their cultural identities, of what they are about. On the contrary, it is about bringing to the present some of the things that moved between one country and the other, and in doing so, bring both together.”

Muntadas: Exercises on Past and Present Memories runs from 24 November 2021 at the third floor galleries of the Ateneo Art Gallery until 12 March 2022. It will then travel to the Centro Andaluz de Arte Contemporáneo de Sevilla, Spain and will be on view from March to August 2022. This project is a collaboration between the AAG & CAAC, with support from the Embassy of Spain, Manila.

Onsite visits will be accommodated soon. Until then, the exhibit may be accessed online through a virtual tour and walkthrough posted at AAG’s social media channels and website.

Visit HERE to view the virtual tour of Muntadas: Exercises on Past and Present Memories.

Development of a Text Classification Model to Detect Disinformation About COVID-19 in Social Media: Understanding the Features and Narratives of Disinformation in the Philippines

Development Of A Multiclass Text Classification Model To Detect Public Trust in the Government: Exploring the Lexical Features of Trust in the Philippine Context

Commencement Exercise for the Ateneo School of Medicine and Public Health, Class of 2020