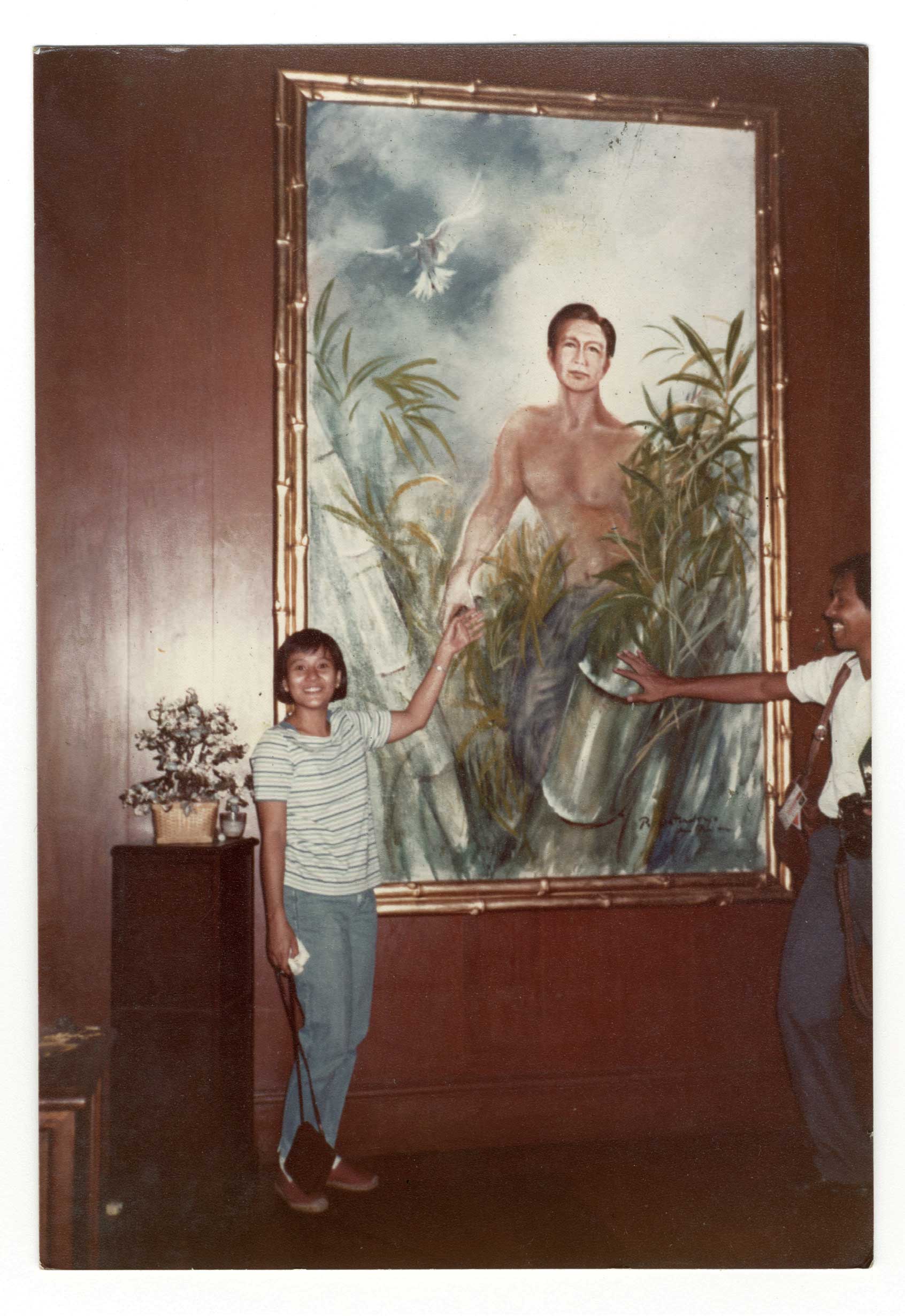 Fear of Freedom Makes Us See Ghosts is a major solo exhibition by artist Pio Abad. The exhibition is the culmination of Abad’s ten-year project that examines the conjugal dictatorship of Ferdinand and Imelda Marcos (1965 – 1986) by excavating silenced histories, devising actions, and remaking an inventory of objects tainted by the regime’s corruption.

Abad employs a wide variety of media, from the more traditional forms of painting and photography to new innovations such as 3D printed sculpture and augmented reality (AR), in order to depict the history of the Marcos dictatorship as a past that urgently needs to be made present. The exhibition is an extensive and elaborate disavowal of violent political fantasies, laundered histories, and alternative facts.

The exhibition title is lifted from a passage in Paolo Freire’s Pedagogy of the Oppressed, a foundational text for the community of young activists and community organizers who emerged from the Ateneo de Manila University during the Marcos dictatorship, the artist’s parents among them. The Ateneo also holds particular resonance as the site where Abad’s parents were held under campus arrest in 1980, for their roles in establishing the social democratic movement that would eventually be crucial in toppling the regime. They would later be involved in the country’s difficult transition to democracy after 20 years of authoritarian rule. In Abad’s practice, personal and political histories are irrevocably entwined.

Abad’s works are part of a number of collections including Tate, UK; Kadist, Paris/San Francisco, and Art Jameel, Dubai. He has also curated exhibitions at the Museum of Contemporary Art and Design, Manila; Spike Island, Bristol and Jameel Arts Centre, Dubai.

Image courtesy of the artist.