The School of Social Sciences, together with the Institute of Philippine Culture, invite you to Transfiguring Mindanao Conversation Series on “Filipino Muslim Spirituality” 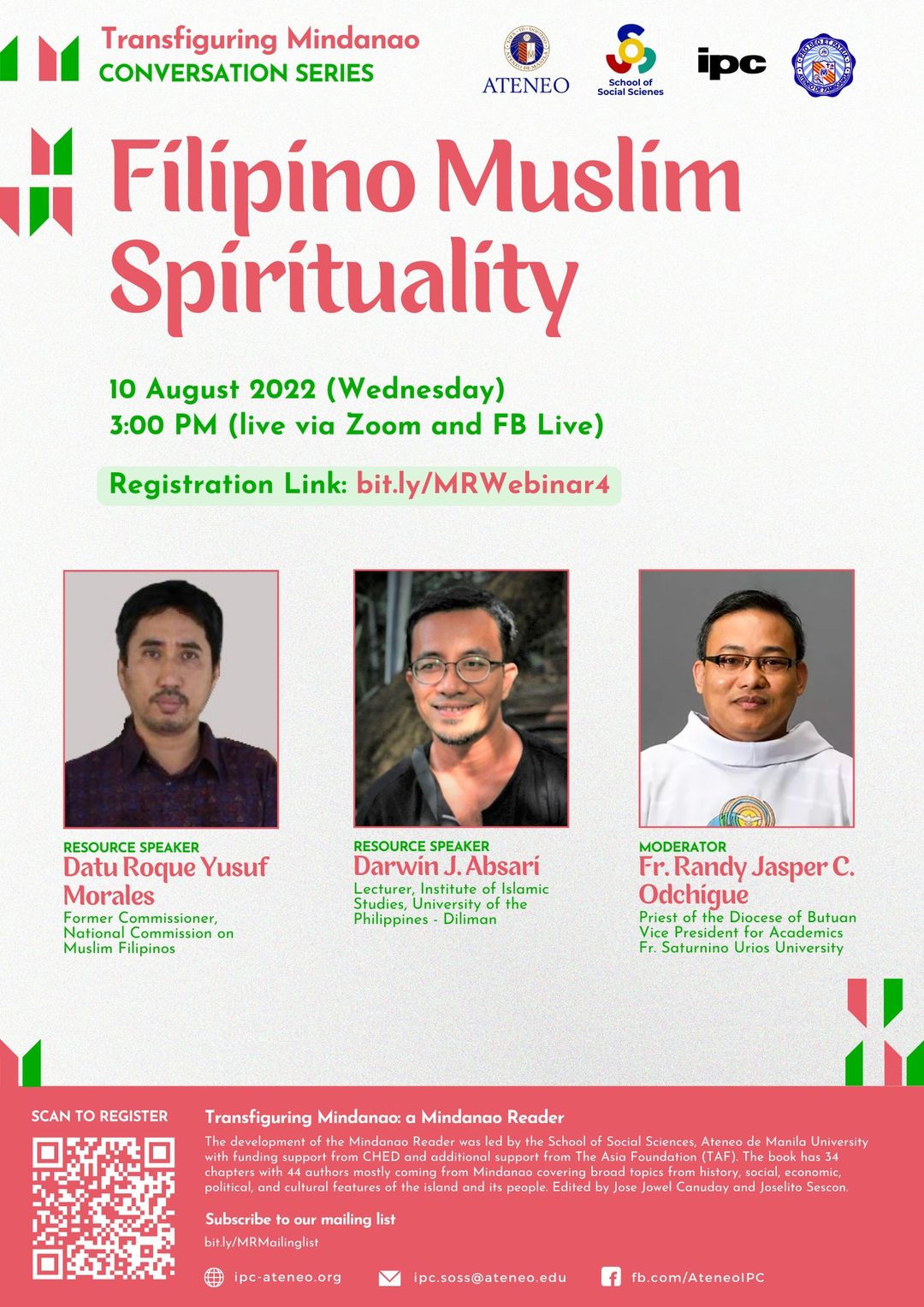 The webinar will feature Datu Roque Yusuf Morales and Darwin Absari. Morales will discuss the de-indigenization and Arabization of Filipino Muslim spirituality as well as the impacts, both negative and positive, on Filipino Muslims and Filipinos in general. On the other hand, Absari will focus on discussing PagTuhan, Tausug’s own spiritual system. PagTuhan became the essence of Tausug culture in defining their way of life and inspired them to withstand powerful invasions which found its way to influencing the psychological and spiritual makeup of early Filipinos whom they came in contact with as they actively participated in inter-island trade.

The development of the Mindanao Reader was led by the School of Social Sciences, Ateneo de Manila University with funding support from CHED and additional support from The Asia Foundation (TAF). The book has 34 chapters with 44 authors mostly coming from Mindanao covering broad topics from history, social, economic, political, and cultural features of the island and its people. Edited by Jose Jowel Canuday and Joselito Sescon.

“Health Challenges and Opportunities in the Philippines and Indonesia”