Live via Zoom and FB 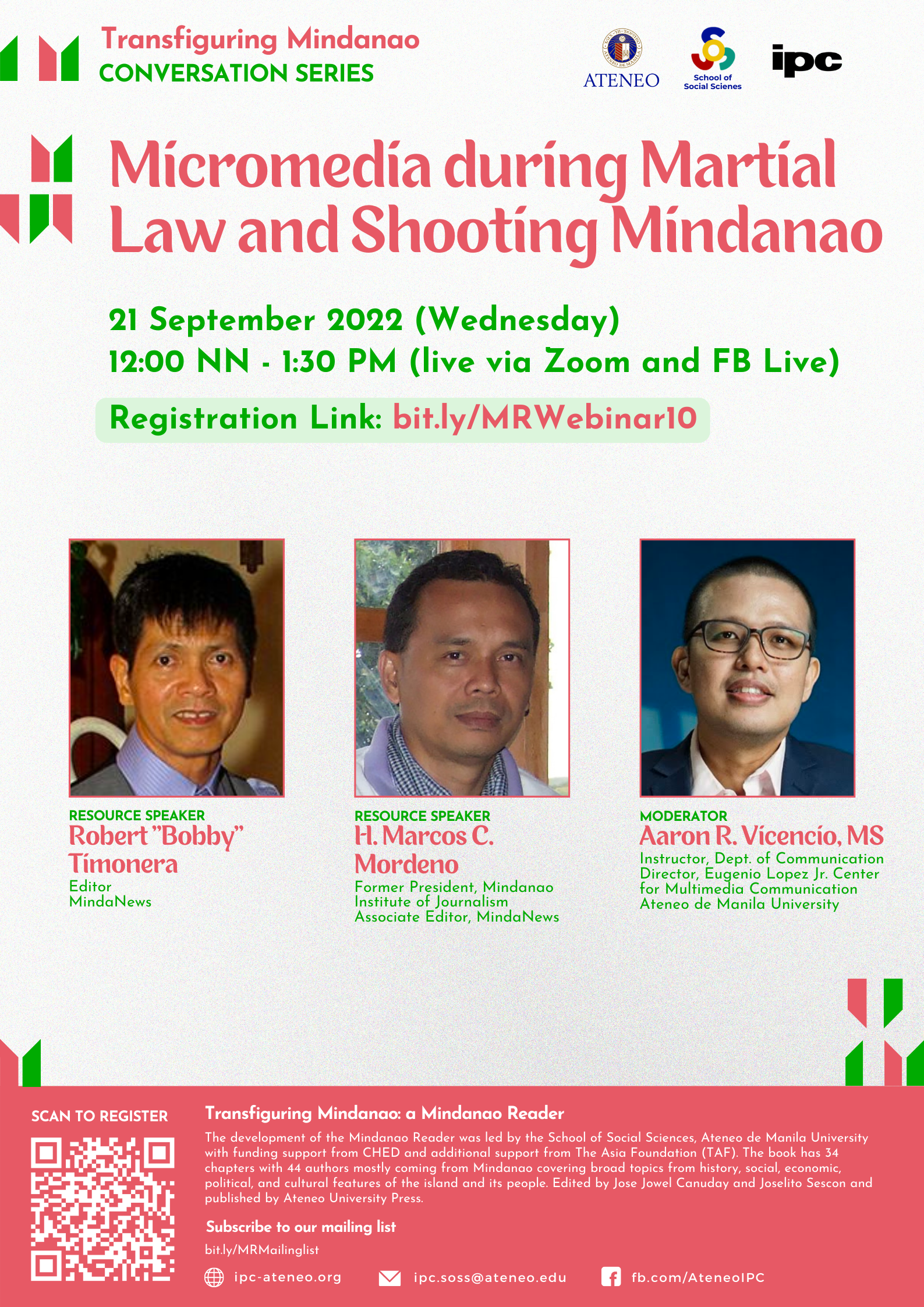 The webinar will feature Mr. Bobby Timonera and Mr. H. Marcos C. Mordeno. Mr. Timonera will discuss the challenges Mindanao-based journalists face in “Shooting Mindanao” such as the employment terms of many journalists in Mindanao who are only considered as correspondents, not staff members, and thus no regular pay nor the usual benefits of the regular employee. On the other hand, Mr. Mordeno will discuss the contribution of micro-media to the struggle against the Marcos dictatorship. He will provide a cursory view of how grassroots organizations, human rights groups, and other people’s formations made use of such tools in exposing the abuses of the Martial Law regime which were mainly ignored by the mainstream media due to the repressive conditions at the time.

The development of the Mindanao Reader was led by the School of Social Sciences, Ateneo de Manila University with funding support from CHED and additional support from The Asia Foundation (TAF). The book has 34 chapters with 44 authors mostly coming from Mindanao covering broad topics from the history, social, economic, political, and cultural features of the island and its people. Edited by Jose Jowel Canuday and Joselito Sescon and published by Ateneo University Press.