The Marcos Era: A Reader | Forum and Book Launch

We invite you to attend The Marcos Era: A Reader Forum and Book Launch, an interdisciplinary and intergenerational panel about a collective assessment of Ferdinand E. Marcos Sr.'s regime.

This is held in connection with the book launch of The Marcos Era: A Reader edited by Leia Castañeda Anastacio and Patricio N. Abinales forthcoming this month at the Ateneo University Press. The forum and book launch is scheduled for 12 October, Wednesday, from 5:00 pm until 6:30 pm via Facebook and YouTube live.

Pante will talk about the metropolitan trauma under the Marcosian rule; Punongbayan, about the persistent Marcosian golden age myths and how to dispel them, and Vitug, about the horrors the Muslim community suffered from under the Marcos regime. Anastacio and Abinales will introduce the book and a preview of its chapters; Cornelio will host and moderate the program. The conversations among the panel and with the audience will cover a wide range of topics from legal to legacies, cultures, economy, and politics. 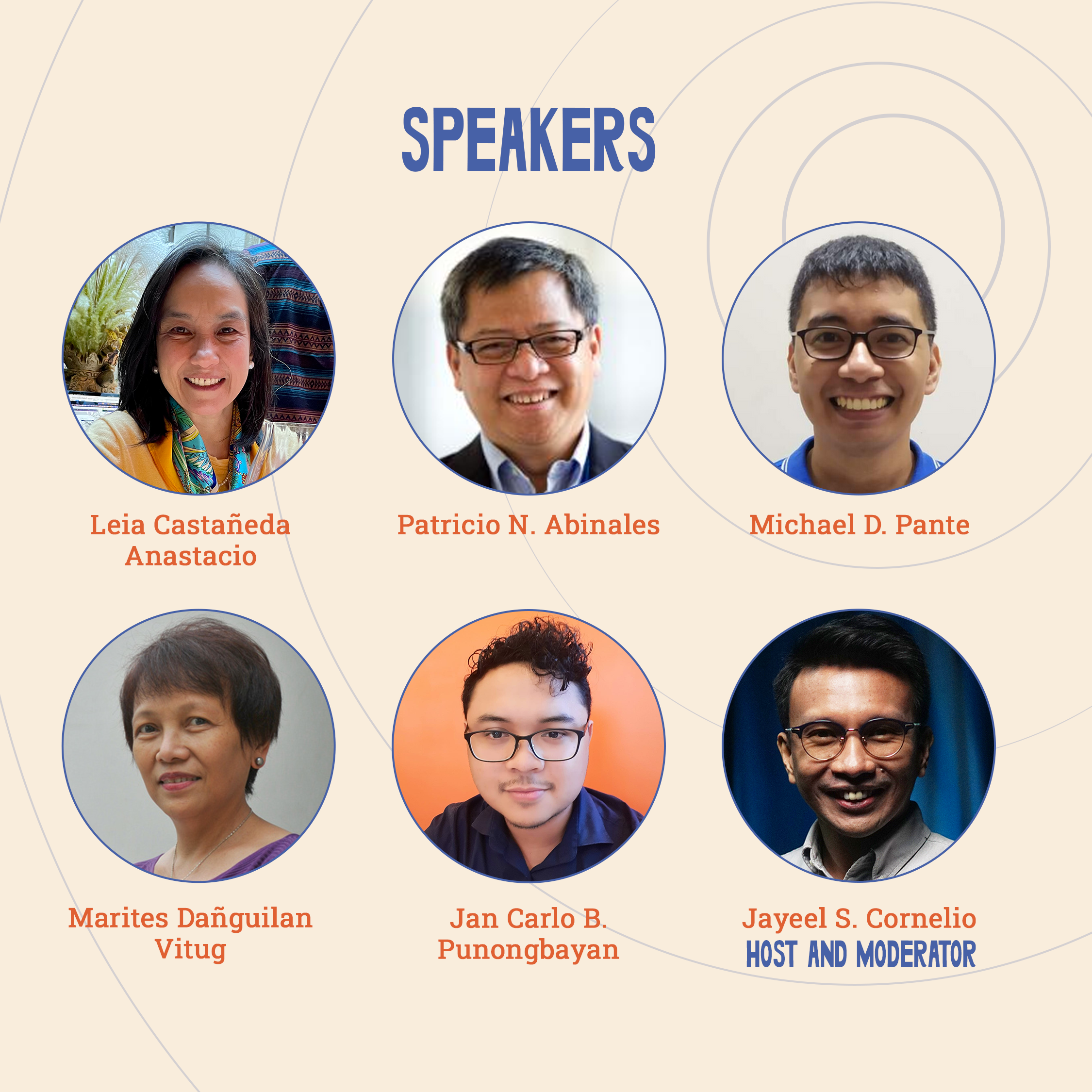 Leia Castañeda Anastacio is a legal historian. Placing first in the Philippine Bar Examinations after graduating from the Ateneo de Manila University, she obtained her LL.M. and S.J.D. degrees from Harvard University. An independent scholar and Research Fellow at Harvard Law School’s East Asian Legal Studies Program, she is the author of The Foundations of the Modern Philippine State: Imperial Rule and the American Constitutional Tradition, 1898–1935 (Cambridge University Press, 2016).

Patricio N. Abinales is professor at the Department of Asian Studies, University of Hawai‘i–Manoa. His latest book is Modern Philippines (ABC-CLIO, 2022). He also wrote three books published by the Ateneo University Press—Making Mindanao: Cotabato and Davao in the Formation of the Philippine Nation-State; State, Orthodoxy and History in the Muslim-Mindanao Narrative; and State and Society in the Philippines.

Marites Dañguilan Vitug is one of the Philippines’ most accomplished and awarded journalists, widely recognized for her reportage on politics, justice, and security. A bestselling author, she has written several books on Philippine current affairs, the most recent of which is Rock Solid: How the Philippines Won its Maritime Case against China (Ateneo de Manila University Press, 2018). She is editor at large of Rappler, a leading news website, and former editor-in-chief of Newsbreak, a pioneering investigative magazine.

Jan Carlo B. Punongbayan is assistant professor and graduate director at the University of the Philippines School of Economics (UPSE). He is also a regular columnist of the online news site Rappler and co-founder of Usapang Econ, a group of economists advocating economic literacy in the Philippines.

Jayeel S. Cornelio is associate professor of development studies and the associate dean for research and creative work at the Ateneo de Manila University. His extensive writings on religion and politics have appeared in Social Compass, The Review of Faith and International Affairs, and Religion, State, and Society. For his scholarship, he received the 2017 Outstanding Young Scientist award from the National Academy of Science and Technology and was named among The Outstanding Young Men (TOYM) 2021.

The Marcos Era: A Reader is an unprecedented anthology that appraises the different facets of Ferdinand E. Marcos Sr.'s regime's seminal policies, programs, and personalities and reveals a complicated legacy whose full import and impact have yet to be thoroughly unpacked.

Its retail price is PHP 695. Pre-order now to get the book at only PHP 590. The book is expected to be available on October 7 at Ateneo University Press.