Books on Martial Law and the Marcos Years

Here are several extensively-researched and credible literature to aid you in learning about one of the darkest periods in Philippine history.

1. Memory, Truth-telling, and the Pursuit of Justice: A Conference on the Legacies of the Marcos Dictatorship

As with the Legacies of the Marcos Dictatorship, and with the fallen Estrada Presidency, it has been the position of the Project’s Convenors that memory and truth-telling are essential in the pursuit of justice. These were the themes of the Conference on the Legacies of the Marcos Dictatorship that was organized in September 1999, during the height of Estrada’s campaign to curtail the freedom of the press.

—from the Preface by Teresita Quintos Deles, Convenor, Project on the Legacies of the Marcos Dictatorship

3. In the Name of Civil Society: From Free Election Movements to People Power in the Philippines

Examines Philippine politics in a highly original and provocative way. Hedman’s detailed analysis shows how dominant elites in the Philippines shore up the structures of liberal democracy in order to ensure their continued hegemony over Philippine society.

4. Some Are Smarter than Others: The History of Marcos’ Crony Capitalism

Some Are Smarter Than Others irrefutably exposed the political and economic infrastructure of plunder supporting the Marcos dictatorship. Yet these are now denied and the unrepentant Marcoses in their manipulation of current politics have led the country again to Martial Law (in Mindanao) and to appalling impunity.

Ric Manapat exercised not only intellectual passion in research but always raged at the poverty caused by government-sponsored greed, witnessing its effects on particular persons–urban poor and farmers who were his deep and life-long friends. In producing this book and other projects, he would have been guided by Thesis 11: the point of understanding the world being to change it. –Karen Tañada

5. The Conjugal Dictatorship of Ferdinand and Imelda Marcos

This book reports on the best-laid plans that paved the way for the Philippines’ dark history: the imposition of martial law in 1972 and the schemes that built and held its infrastructure. Drawing data from his work as Marcos’s media adviser before his defection in 1975, Primitivo Mijares exposes the massive corruption and military abuses under the regime, which has left the nation in ruins. Forty years after its first publication, the book, in this revised and annotated edition, reminds Filipinos of their past that remains a present threat.

The first book on the Ateneo de Manila during martial law, Down from the Hill relives memories of the university from 1972 to 1982 and sheds light on what used to be whispered stories of campus subversion and student arrests. This book contains vignettes from former students, faculty, administrators, professionals, and Jesuits and has an appendix of relevant documents that are often difficult to access.

The eBook version is available on our website and Lazada store.

8. Philippine Politics and the Marcos Technocrats: The Emergence and Evolution of a Power Elite

This book traces the rise of technocrats who were part of President Marcos’s pre-martial law administration (1965–1972) and who segued into the martial law regime. It looks into their family and educational backgrounds and how these have shaped and developed the technocratic know-how which made them valuable to local businesses and multinational corporations in the 1950s to the 1960s. The book shows that precisely on matters of economic policy-making, there was that precarious dynamics between the technocrats on one hand, and a pre-martial law Congress and the business community on the other, both dominated by family economic interests. The book thus hopes to add to the scant existing literature that illustrates how power elites like technocrats transform into important players in policy-making.

9. Ascending the Fourth Mountain: A Personal Account of the Marcos Years

In Ascending the Fourth Mountain, Maria Virginia Yap Morales tells her story of the martial law years and of the widespread participation of women against violations of human rights and sexual abuse under military detention. This book is the story of a woman who struggled for equality within a revolutionary movement and fully participated to draft the orientation of the Malayang Kilusan ng Bagong Kababaihan (MAKIBAKA) which had its origins in the years before martial rule. More than that, this book is the author’s inner journey to discover and study herself, and to eventually see through the mote in her own eye that blurs a fourth mountain looming large, blocking her vision of political and social transformation.

10. A Capital City at the Margins: Quezon City and Urbanization in the Twentieth-Century Philippines

Quezon City served as the Philippines’s capital for almost three decades (1948–1976), yet Filipinos today barely remember this historical fact. Was the city, therefore, a failure? This book answers this question by presenting an unconventional historical geography of twentieth-century Quezon City, one that focuses not on its grandiose architecture and master plan but on its boundaries, peripheries, and marginal areas. In so doing, it shows how the city functioned as a buffer zone mediating between city and countryside, and thus developed due to the urban–rural overlaps inherent in sociohistorical forces such as colonialism, revolution, agrarian unrest, decolonization, migration, and authoritarianism. Not quite Manila-centric, this book is twentieth-century Philippine history from an off-center point of view

The latest in a string of historical novels that the author has written on the Philippines, Dream Eden is a portrait of the Philippines just before the People Power Revolution of 1986 up to the last coup in 1989. Presents the private and public experience of EDSA, the event.

Available on our Shopee and Lazada stores.

by Liwayway A. Arceo

Available on our Shopee and Lazada stores.

by Liwayway Arceo and translated by Soledad S. Reyes

Canal de la Reina was Liwayway Arceo’s response to the call for committed writing as an aftermath of the violent head-on collisions of diverse forces in the 1970s. Arceo had not been known for engaged or “political” writing, where the writer deployed their craft to project a vision of a world in turmoil, where characters were fully engaged in the bloody struggle to effect a radical change in society. This willful commitment to using literature to paint a canvas of a world in turmoil had been demonstrated by a long line of Filipino writers, from Jose Rizal to the generation of Lope K. Santos and Servando de los Angeles in the first half of the 20th century, to the generation of Rogelio Sicat and Ricky Lee in the post-war decades. This is a legacy that has pushed various writers to confront the burning issues of the day.

Two novels by Rosario de Guzman-Lingat. Kung Wala na ang Tag-araw tells of one man’s quest for passionate love contextualized in the turbulence of the prewar and postwar Philippines. Ano Ngayon, Ricky? focuses on the character Ricky’s initiation into the political activism of the 1970s.

15. Two Women as Specters of History: Lakambini and Indigo Child

Vera cultivated the serendipitous vision regarding Gregoria de Jesus, widow of the first would-have-been President Andres Bonifacio, as the body on whom the betrayals and shortcomings of the foreign invader, local elite, and well-intentioned revolutionary would be inscribed. With the return to popularity of the surviving members of Marcos’s family, premised on the wager that the present generation would be ignorant or dismissive of the strongman’s monstrosities, Vera responded to an invitation to provide a play that turned on the traumatic experience of a left-revolutionary activist, the late-twentieth-century counterpart of de Jesus. . . .

With the present volume, the earnest student of communication should be sufficiently motivated to read through the material as written (and answered, in the interview) by Vera and arranged by the publisher. Also indispensable would be a viewing of Indigo Child, the soon-to-be-completed documentary on Lakambini, and (if our luck holds out) the feature film version of Lakambini itself. A more casual reader could opt to zero in on Indigo Child first, especially if she would have seen the play and/or [Ellen] Ongkeko-Marfil’s filmization. Since none of the entries in this volume . . . is a closed text, such a casual reader would be left with a clutch of unanswered questions. I would imagine that that would motivate [the reader] to proceed to the interview with Vera; but inasmuch as the said interview only provides tantalizing references to the Lakambini script, then our casual reader would wind up reading everything as well, even in an alternate order. —“Theater, Film, & Everything in Between,” Joel David

Set in a time of dictatorship and political upheaval, The Betrayed tells the story of two sisters who love the same man. Their passion threatens to lead them to betray not only each other but all that their father stood for. Shy, idealistic Pilar initially resolves to carry on her father’s fight against the dictator, while her flamboyant older sister Lali reacts by marrying the enemy—Arturo, the dictator’s godson. Each tries to find their place in this violent world, but can they withstand the corruption of politics and the relentless pull of their own desires? What price must one pay for passion? 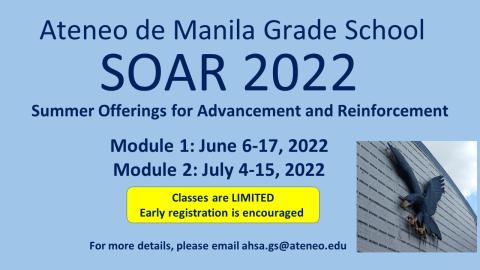 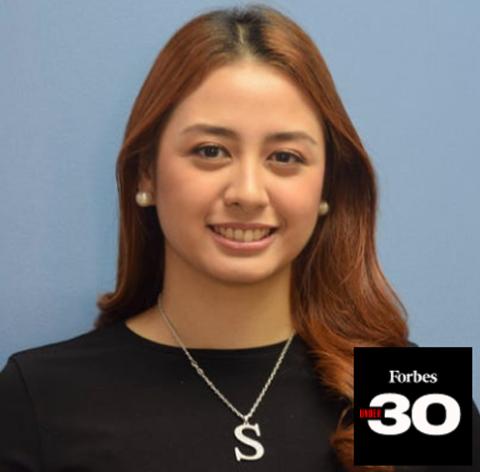 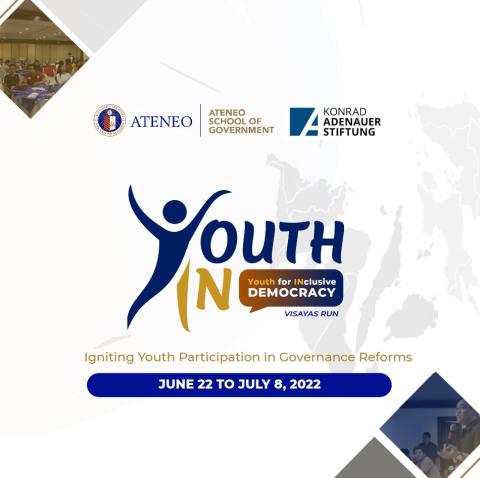 Adunay mubalik! Calling all youth leaders in Visayas! Are you IN? The Ateneo School of Government through the Executive Education Program, with the support of 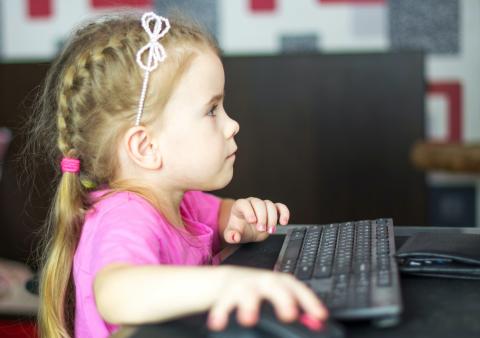