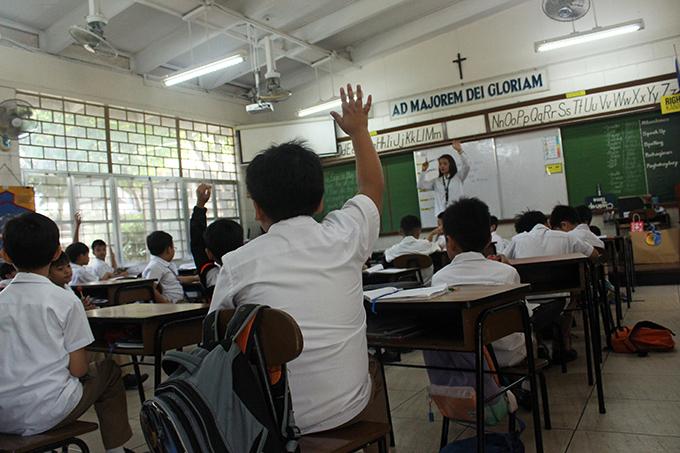 The Ateneo Center for Educational Development (ACED) was established in 1997 to spearhead the the Ateneo de Manila University’s mission to close the poverty gap and improve quality of life among the poor through improving public basic education in scale. ACED aims to move up the performance of public schools facilitating partnerships with individuals and institutions to marshal human and material resources to support its mission.

Like other similar initiatives to help develop public basic education, ACED started with training for school leaders and teachers to address poor performance of students. However, several rounds of teacher training did not really make much of a difference.

ACED shifted from concentrating on training programs to an approach that considered other factors affecting the performance of students in public schools eg. students who could not read according to their age level or did poorly in their lessons actually had poor eyesight (provided eyeglasses), toothache was a big cause of frequent absenteeism (conducted dental missions), lack of instructional materials (prepared Teaching Guides and Workbooks).

In 2010, ACED decided that the problem cannot be ignored in the effort to improve student performance in public schools. Malnutrition and hunger had clearly been a cause of frequent absenteeism and overall poor performance among students. ACED started in-school feeding programs ten years ago following the central-kitchen model where food for malnourished children in 3-4 schools in an area were centrally prepared in one kitchen. The first central kitchen was constructed in Manuel L Quezon Elementary School, QC. This was replicated citywide in Valenzuela City by the local government in collaboration with ACED and then expanded by Gawad Kalinga in many places. The large-scale feeding program pilot contributed to the national feeding law, RA 11037.

It is unfortunate that COVD-19 aborted the implementation of the program in School Year 2019-2020. As soon as it became clear that schools will not open for face-to-face classes this school year, ACED shifted right away to 90-peso Food Packs as an alternative to in-school feeding. Low cost has been achieved through direct purchase from farmers.

ACED's Inang Busog, Batang Malusog program beneficiaries also receive food packs every week. The program aims to intervene during the first 1000 days of life of a child - from conception up to 2 years old - by making nutritious food available and accessible to the beneficiaries.

In June 2020 we started with 500 beneficiaries and through the generous support of organizations, groups and individuals, we are now able to provide weekly food packs to 2850 children and their families. With an average of 4 per household, that translates to at least 11400 meals per week.

We invite you to join us in our fight against hunger.