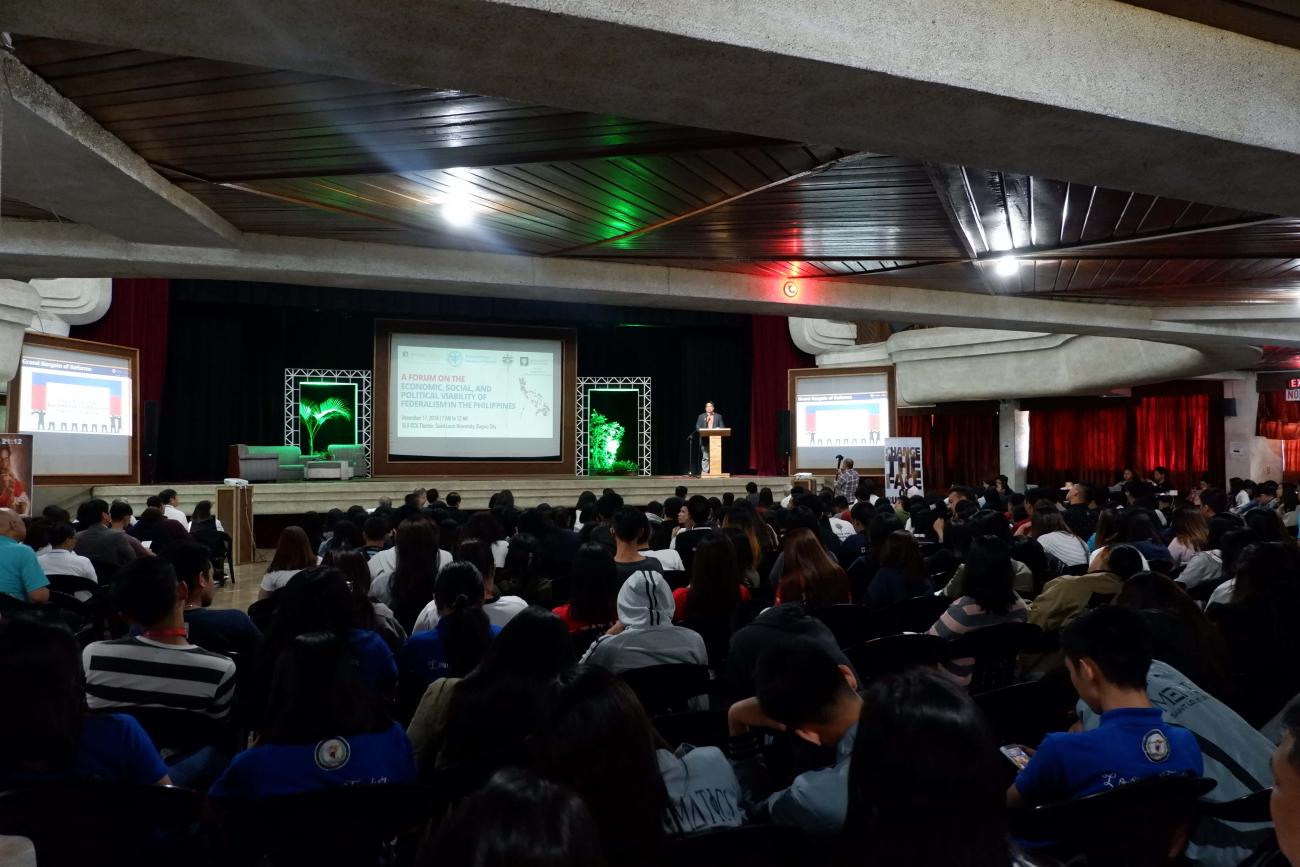 Last 17 November 2018, the Ateneo Policy Center and the Brotherhood of Christian Businessmen and Professionals concluded its federalism roadshow series titled “A Forum on the Economic, Social, and Political Viability in the Philippines” in the SLU CCA Theater, Saint Louis University, Baguio City. The event was attended by around 600 participants from the academe, the student body, the local government, and BCBP members from different chapters in Northern Luzon and the Cordilleras.

The first speaker, Consultative Committee member Dr. Virgilio C. Bautista, discussed that the Bayanihan federal charter, designed with the welfare of future generations of Filipinos in mind, was meant to respond to significant changes that happened in the country since 1987.

Subsequently, Ateneo Policy Center Senior Research Fellow Atty. Michael Henry Ll. Yusingco explained that federalism is a power sharing agreement with at least two levels of government guaranteed by a constitution. Thus, Filipinos could not separate the federal discourse from a charter change discourse so trust in our lawmakers in implementing the process is necessary.

Finally, Ateneo Policy Center economist Mr. Jerome Patrick D. Cruz noted that while the Bayanihan draft aims to address concerns of local governments on scarce resources and IRA dependency, the draft’s ambiguity with regard to shared and reserved powers especially on taxation could prove that local and regional governments are not economically viable.

During the open forum, four reactors were invited to share their insights on the discussion of the three speakers.

Mayor Ignacio R. Rivera of Tuba, Benguet pinpointed that poverty in the Cordillera region is due to the fact that most municipalities are IRA dependent. He said that revisions on the laws governing business tax and IRA could improve the situation. Furthermore, he said that whether or not federalism pushes through, it is important for the people of Cordillera to finally approve of autonomy for their region in order to protect and ensure their rights.

SLU Political Science Faculty Mr. Emmanuel Bacud highlighted the need for the academe to be critical of lawmakers and the changes they propose because even though the best system of government be put in place, if leaders remain to be corrupt and incompetent, then nothing will change for the country.

nwhile, SLU Supreme Student Council President Richard Gabaen called for the youth to lead the change by studying the topic of federalism further and deciding for themselves what kind of change the country truly needs.

Finally, Baguio City Mayor Mauricio Domogan asserted that a federal form of government might be the answer to poverty and underdevelopment of provinces such as Cordillera if the system will truly be anchored in decentralization of powers and resources. 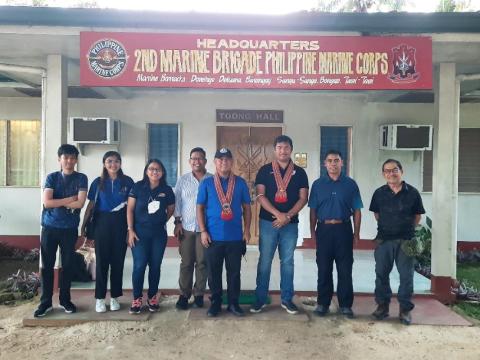 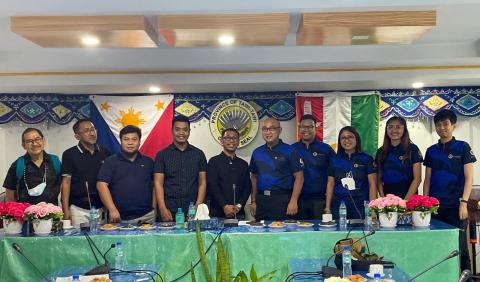 The Ateneo Bangsamoro Initiative Team together with the former ASOG Dean Ronald U. Mendoza, and Ateneo Policy Center Head Ivy Baysic, went on a mission 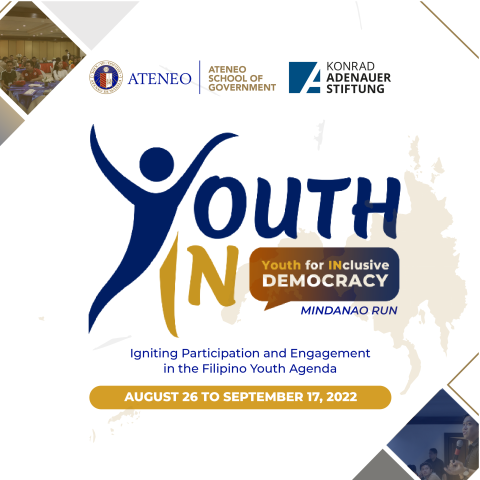 Your move, Mindanao! After the Luzon and Visayas runs, we’re calling all the youth leaders in Mindanao! Through the Executive Education Program of Ateneo School 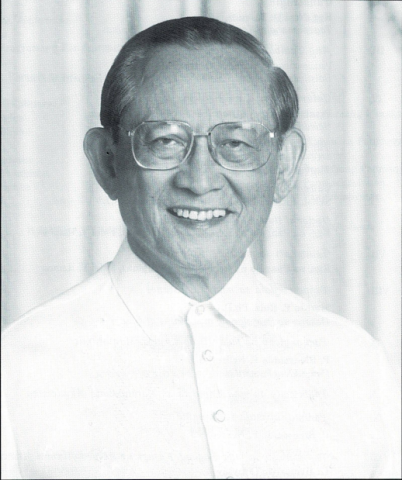 Professor Ron Mendoza recently presented his paper on “Participatory Budgeting in the Philippines: Promise amidst Populism and Pandemic” at the recent policy research conference organized Prior to his inauguration in June, President Ferdinand R Marcos Jr, said that he would entwine a policy of strengthened partnership with China and alliance