Representing the Philippines, Ateneo de Manila Junior High School student Joaquin Jobog (Montserrat/7-Grimaltos) won a silver award in the individual category of the World Mathematics Team Championship (WMTC) held from November 18 to 29, 2021. He was one of 342 participants from all over the world who competed in the junior level. In addition, Joaquin’s team, Team Masikap, also emerged as one of the international competition’s winning teams. A team is declared a “winner” in the WMTC when it is among the top 30%. 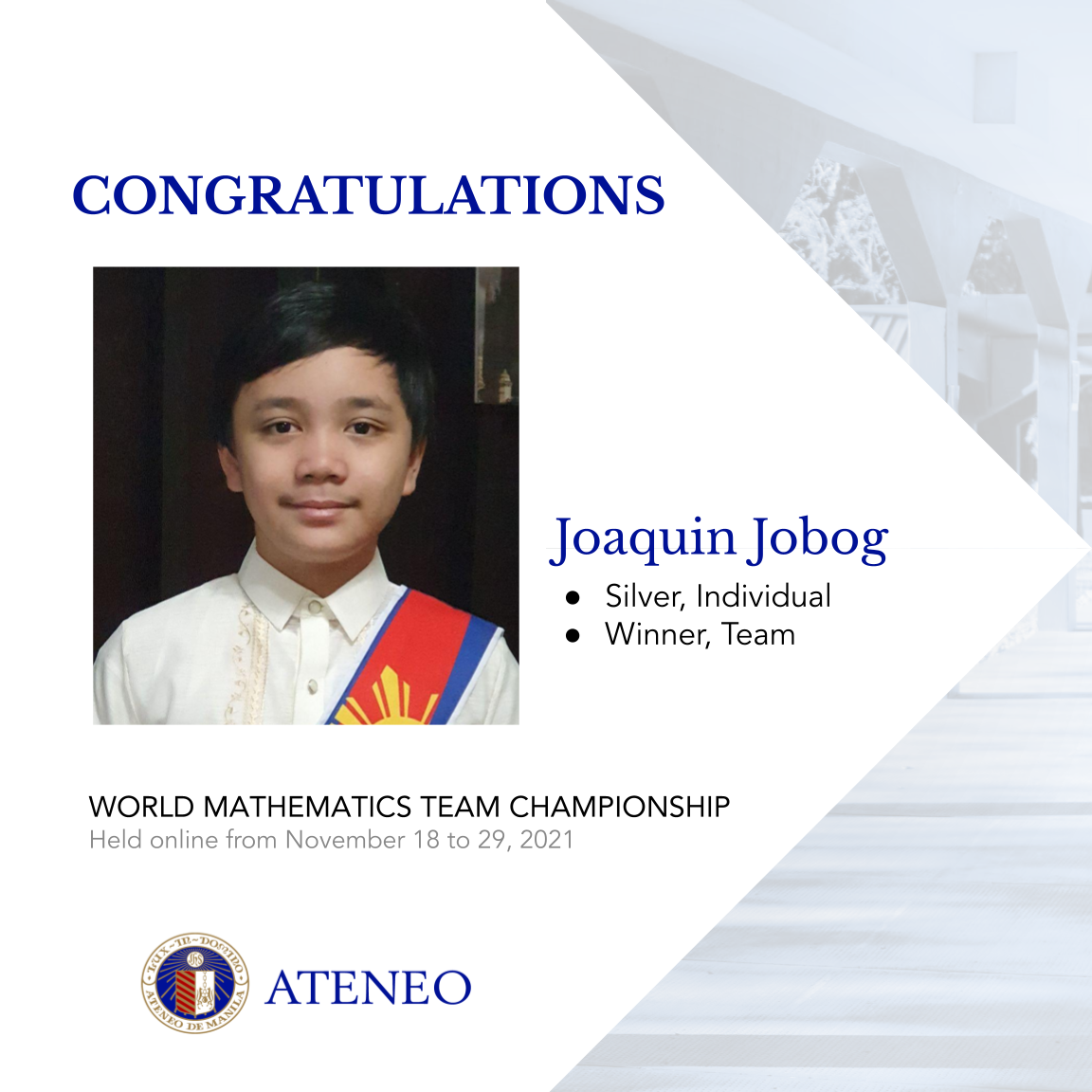 The WMTC promotes teamwork skills as valuable assets for succeeding in college as well as in the work force. The competition thus focuses on examinations where students work together in teams (a WMTC team is composed of six students) to solve problems. The WMTC also gives participants an opportunity to share their culture and experiences with students from other regions and countries. It is hoped that this exposure to different cultures, languages, personalities, and customs through the WMTC will be a catalyst in the formation of well-rounded students who are also suitable job candidates.